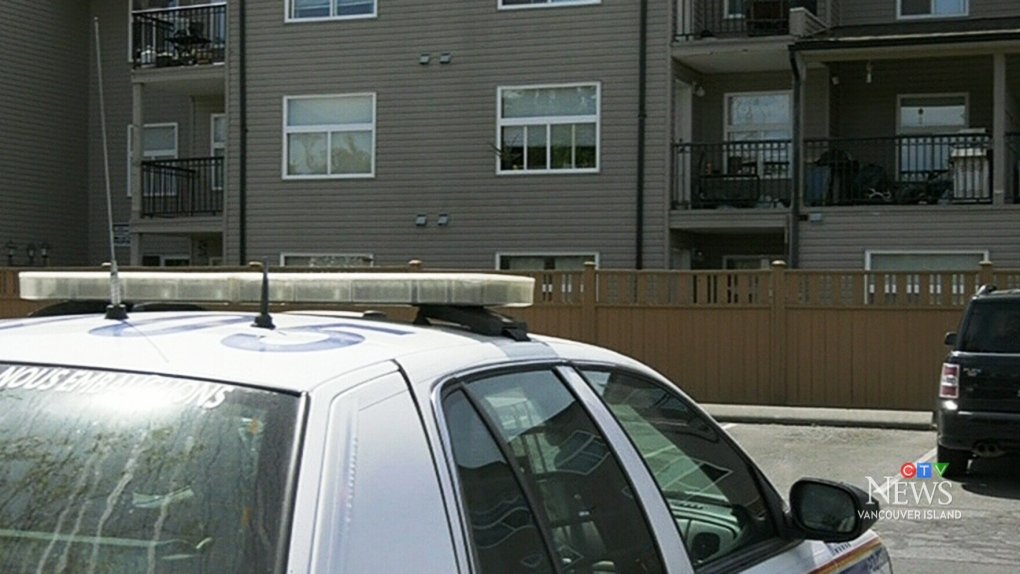 VICTORIA -- A Vancouver Island man who stabbed his brother to death with a sword in 2019 has been found not criminally responsible for the murder due to his mental state.

Finn Coogan was 23 years old when he was found dead, with a sword sticking out of his chest, on the floor of the Duncan, B.C. apartment he shared with his girlfriend and his brother.

Daniel Coogan, 27, calmly surrendered to police at the scene, walking out of his bedroom in white boxer shorts covered in blood, mumbling quietly to himself as he got down on the ground. Daniel was wrapped in a blanket, treated for a small cut on his finger and taken into police custody.

Finn's girlfriend witnessed the attack in their apartment on the night of May 3, 2019.

Daniel had walked home from work at a nearby Shell gas station at about 11:30 p.m. According to court documents, he visited with Finn and Finn's girlfriend in the living room before going into his bedroom to snort two lines of ketamine to "help him sleep and to quiet the voices in his head," wrote Justice Jeanne Watchuk in her decision.

Police were called to the apartment an hour later for a reported knife attack. Finn's girlfriend ran out onto the apartment balcony during the attack and described Daniel as almost growling at his brother.

"She could not make out the words that Daniel said," the judge wrote. "Finn repeatedly said that he did not understand what Dan was saying and that he loved Dan so much."

He described taking ketamine and going to bed, then suddenly realizing he was under arrest. "I fricking loved my brother, like I would take a bullet for him," he told investigators.

Finn's girlfriend described the brothers as having a close relationship and being "two of the sweetest people she has ever met," according to the judge.

The girlfriend confirmed Daniel had been struggling with his mental health in the weeks prior to the attack.

"He had been very scared and crying and super paranoid at times," she said, according to the court documents. "Often when she talked to him he 'just wasn’t all there.' He had talked about having the key to other realms and being the only person who was able to travel to these realms."

Another witness that night – a visitor to the Shell station – phoned the gas station the following day to tell the manager she was worried about the mental state of the "dishevelled" and "anxious" employee.

His drug use escalated in late 2018 because of increased stress from the voices he was hearing and the perceived lack of mental health support he was receiving.

"His family doctor, when he described the voices to her, did not believe that he was suffering from schizophrenia and advised him to focus on ADHD," the judge wrote of Brink's testimony.

"He reported hearing voices of gods, friends, family and unknown persons for the past five or six years, ever since he had the brain hemorrhages," the judge wrote. "They speak to him in a derogatory and at times commanding nature… they have commanded him to do things, such as to travel to Victoria. He believed that he was hearing the voices of gods who told him they were connected with the stars. They once told him that what he thinks is fiction is history."

"I make the finding that the predominant source of Daniel’s incapacity was the mental disorder," she added. "The drug use played but a minor role."

The judge found that Daniel was incapable of understanding the gravity of his actions during the murder, due to his acute psychotic state.

"It is my verdict that Daniel is not criminally responsible on account of mental disorder for the offence with which he is charged, the murder of his brother, Finn."

The Crown prosecution has asked that the judge's decision go the British Columbia Review Board for a disposition.