Vancouver Island has 39 active COVID-19 cases. Here’s where they are 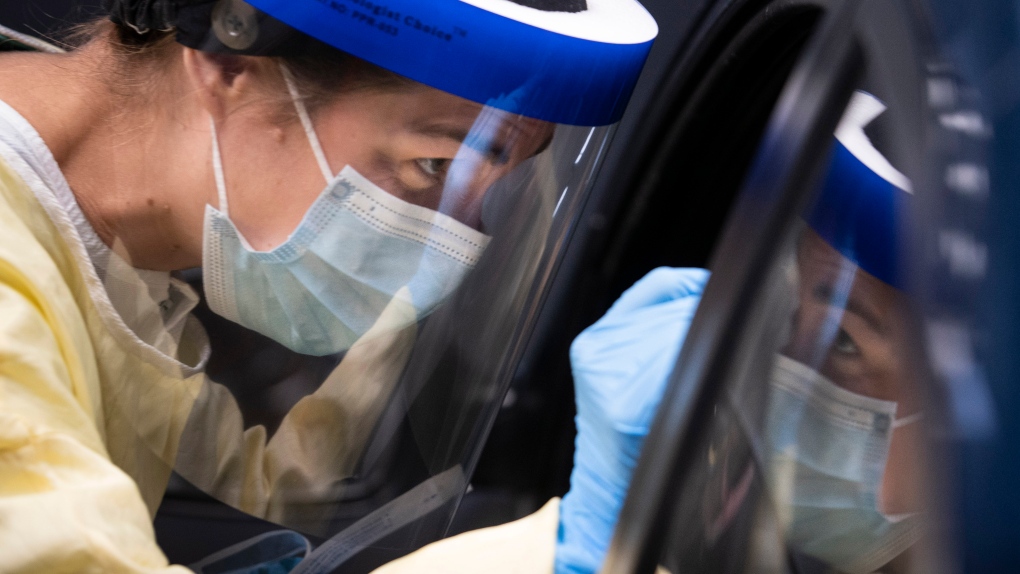 A nurse performs a test on a patient at a drive-in COVID-19 clinic on October 21, 2020. THE CANADIAN PRESS/Paul Chiasson

VICTORIA -- The Vancouver Island health region added 31 new cases of COVID-19 over the past week, including eight cases on Sunday – the region’s largest single-day caseload since the pandemic began.

There are 39 active cases of the coronavirus in the Island Health region as of Tuesday morning, more than double the 18 active cases present at the same time last week.

Eighteen of those active cases are in the South Island region, which includes Greater Victoria, the Saanich Peninsula, Port Renfrew and the Southern Gulf Islands.

Last Tuesday, Nov. 3, there were six active cases in the South Island, which has recorded a total of 116 cases since the pandemic began.

The North Island has added eight new cases since last Tuesday, with eight cases now active. The region, which includes Courtenay-Comox, Port Hardy and parts of the B.C. Central Coast, has recorded 90 cases since the start of the pandemic.

Six people in the Vancouver Island region have died of the virus and 256 people are considered recovered after 10 more people recuperated in the past week.

There have been 301 cases identified in Island Health since the pandemic began.

No one in the region is currently hospitalized with COVID-19.

As of Tuesday morning, a total of 106,721 coronavirus tests had been administered by Island Health, with 5,551 new tests completed since Nov. 3.