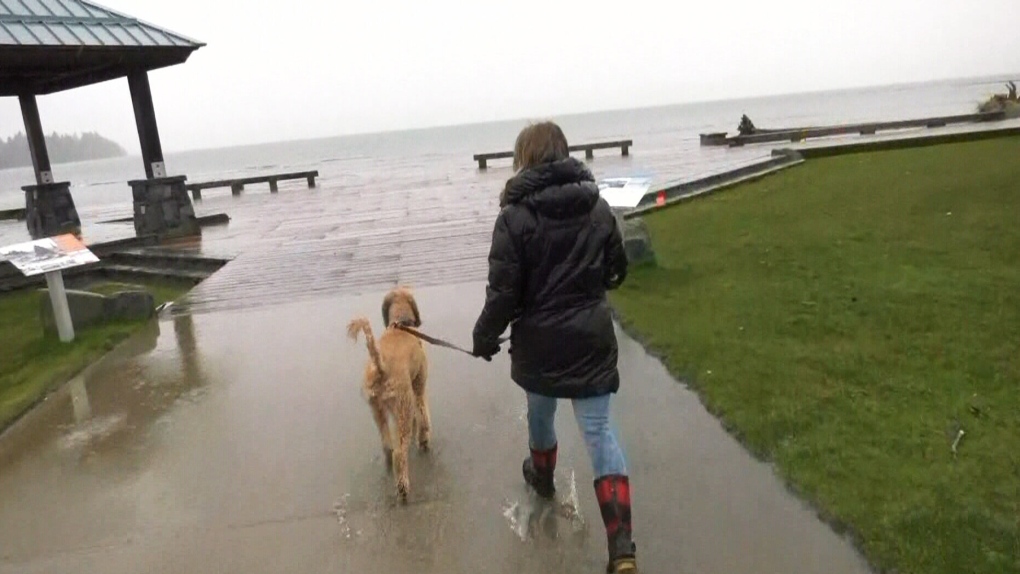 As a spring storm gets closer to Vancouver Island, we continue to prepare for strong wind gusts, rain and some higher elevation snow.

A special weather statement remains in place for the entire island as well as the Lower Mainland. As expected, wind warnings have been added into the fold with the north and west coast of Vancouver Island taking the brunt of the strong winds.

The action will pick up later Tuesday night and will continue to spread through the island during the overnight period. 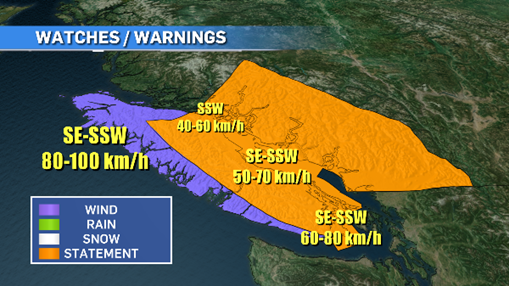 Northern and western portions of the island will see rain start Tuesday night and continue through Wednesday morning.

Average totals of 20 to 30 millimetres are expected in these regions.

Greater Victoria will get some protection from the Olympic Mountain range and while there will be much less rain in that area, from five to eight millimetres, the wind will still be on the heavy side with gusts in the 60-80 km/h range for most of the day.

Rain starts after midnight in Greater Victoria and will be done by Wednesday afternoon. 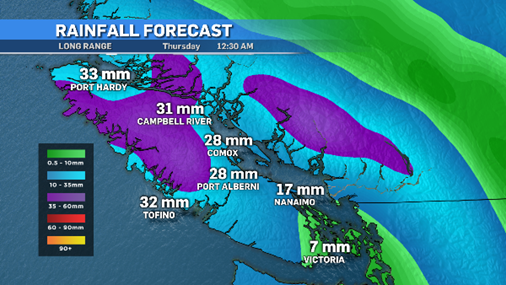 Freezing levels remain at elevations around 1,100 to 1,500 metres, which means some high elevation snow is expected. While it’s not much, at two to four centimetres, the time of year makes it very unusual.

Temperatures are still a bit below seasonal but will remain consistent from 12-15 C through the rest of the week. 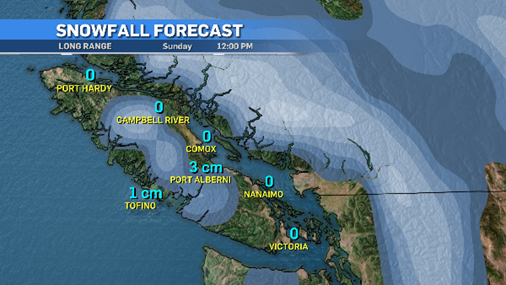 Obviously with this storm, an element of danger is there with potential debris flying around, power outages and potential localized flooding with some heavy downpours.

To report severe weather, send an email to BCstorm@ec.gc.ca or tweet using #BCstorm.

The good news is after this storm passes we settle into some much better days with consistently calmer and dry conditions. The May long weekend is shaping up nicely.