Jumping in to the frigid waters of Discovery Passage day after day, 11-year-old Sylas Thompson of Campbell River is trying to raise $30,000 for local charities.

Every day since Feb. 1, the Grade 6 student from Ecole Phoenix Middle School ventures to the Campbell River Spit at around 3 p.m. to brave the six-degree water.

Thompson is raising money for two local charities: the Campbell River Women’s Centre and Grassroots Kind Hearts Association. He says he won't stop until the $30,000 is raised.

"The Grassroots Kind Hearts needs their own building and the women's centre is running out of money. So I said to myself, I would do a polar bear swim," says Thompson. "Just like my Uncle Jake did."

Sylas is following in the footsteps of his late uncle, Jake Hebenton better known as ‘Polar Bear Jake’ who did similar fundraisers back in 2000. 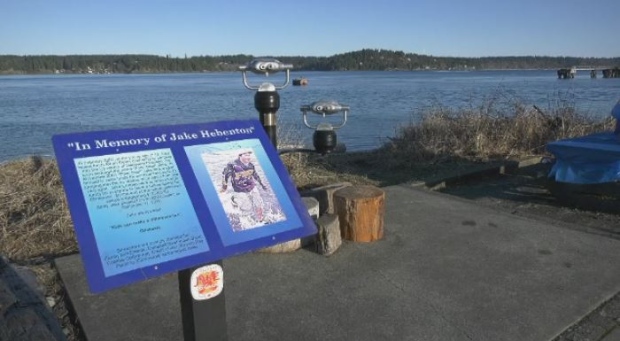 He raised $15,000 for the local food bank by jumping into the icy water. Jake passed away in a tragic ATV accident in 2011. A memorial sits in Jake’s honour steps away from where Sylas is doing the same thing 19 years later.

"It just leaves me speechless what he wants to do at such a young age," says Hebenton. "I really hope it inspires others to do good for their community."

A GoFundMe page has been launched to help Sylas achieve his goal.

Hebenton says Sylas is determined to see this through until the end, "He’s not stopping until he reaches his goal and I don’t think anyone can stop him."