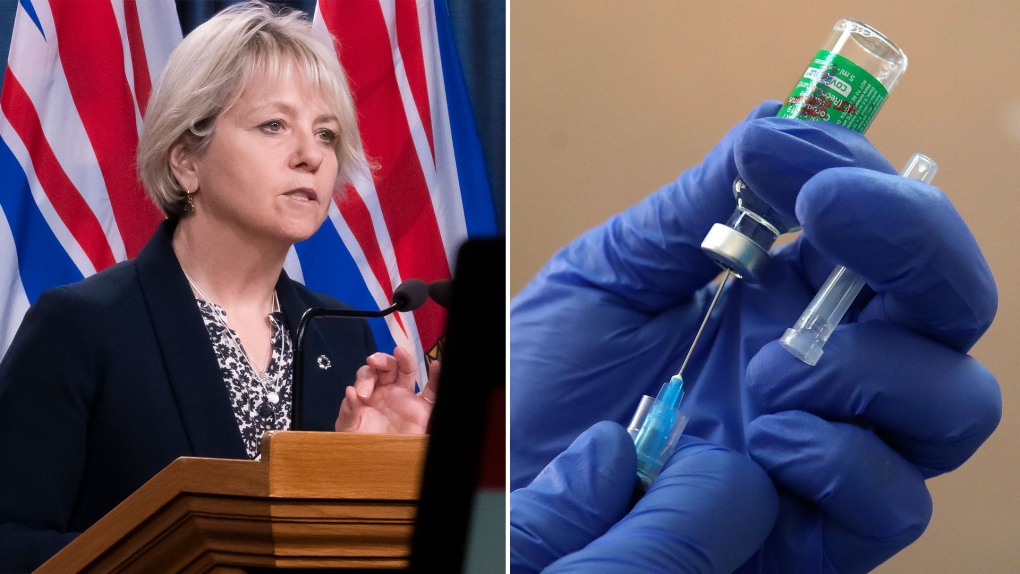 Dr. Bonnie Henry is seen in this combination image. (Images via The Canadian Press)

The new cases are among 1,428 new cases found across B.C. since Friday, bringing the provincial total to 77,263 cases since the pandemic began.

The Island Health region has now recorded 2,167 cases of COVID-19 since the pandemic began.

There are currently 228 active cases of COVID-19 in the health authority. Island Health has identified the approximate locations of 213 of the active cases.

Over the weekend, eight people died of COVID-19 in B.C., including one person on Vancouver Island. B.C.'s death toll has now reached 1,335, while Island Health's has reached 24.

There are currently 16 people in hospital for treatment of the virus in the Vancouver Island region, and six more are receiving critical care.

Earlier Monday, health officials held a last-minute update on COVID-19 variants in schools, after several were detected in the Fraser Health region over the weekend.

Health officials said Monday they had administered 218,726 doses of COVID-19 vaccine in B.C., according to the BC Centre for Disease Control.