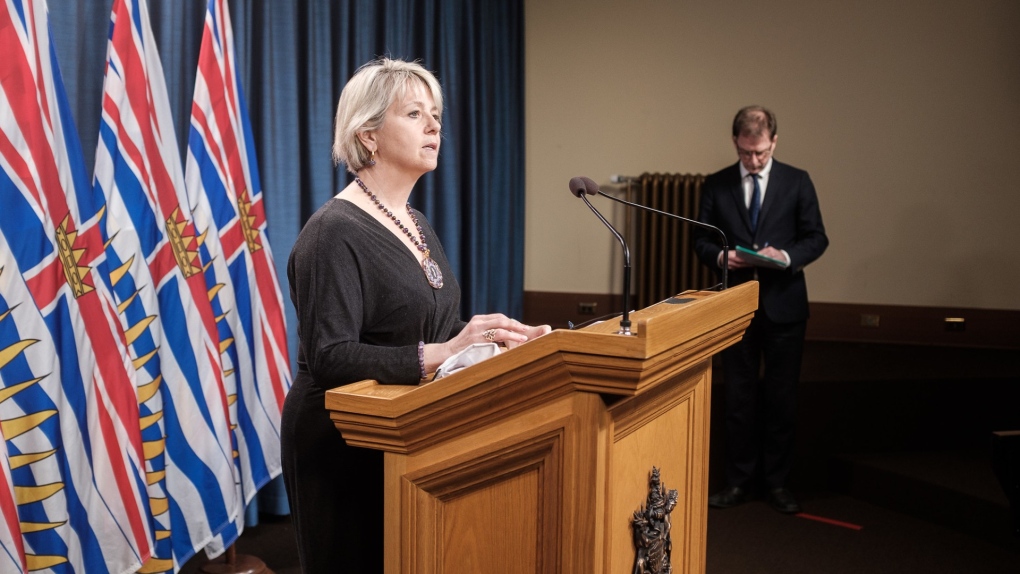 The cases were among 1,506 new cases found across the province over the past three days.

Of those case, 555 were reported Saturday, 491 were confirmed Sunday and 460 were added Monday.

There are now 261 active cases of COVID-19 in the Vancouver Island region. Island Health has identified the locations of 216 of the active cases, including 74 in the South Island, 100 in the Central Island and 42 in the North Island.

Thirteen people are currently in hospital for treatment of COVID-19 in the health authority, and two more are receiving critical care.

Over the weekend, 10 people died of the virus, bringing B.C.'s death toll to 1,407. No deaths were reported in the Vancouver Island region, where the death toll has reached 28.

"As always at this point, our condolences are with the families and the care providers and the communities that have lost loved ones," said provincial health officer Dr. Bonnie Henry.

The Island Health region has now confirmed 2,761 cases of COVID-19 since the pandemic began.

Over the weekend, B.C. recorded 163 more COVID-19 variant cases. The province has now recorded 880 variant cases, 195 of which are currently active.

B.C.'s top doctor addressed concerns surrounding the AstraZeneca vaccine, as several European countries have suspended the use of some batches of the vaccine due to concerns about side effects.

Henry says that Canada does not have any of the batches that have caused concern, and that every immunization being administered in the province is safe.

The provincial health officer says that out of the more than 17 million AstraZeneca vaccines that have been distributed worldwide, 37 may have been linked to blood clots. Henry says that this percentage is slim, and that similar numbers could have occurred naturally without the vaccine.

The province has now administered 409,103 vaccine doses, including 87,059 second doses.

Out of those immunizations, 469 have caused serious adverse reactions, including 46 anaphylactic or allergic responses.

Henry says that trained staff are at each immunization centre to monitor for these types of reactions, and the current rate is no higher than other types of immunizations.

The province is planning to allow religious services to restart in small, outdoor settings soon.

B.C.'s top doctor says details on outdoor faith services will be released early next week. She adds that guidelines for holidays like Easter and Passover are also in the works.

Limited indoor services could begin as early as April, though its unclear when details on indoor religious gatherings will be released.