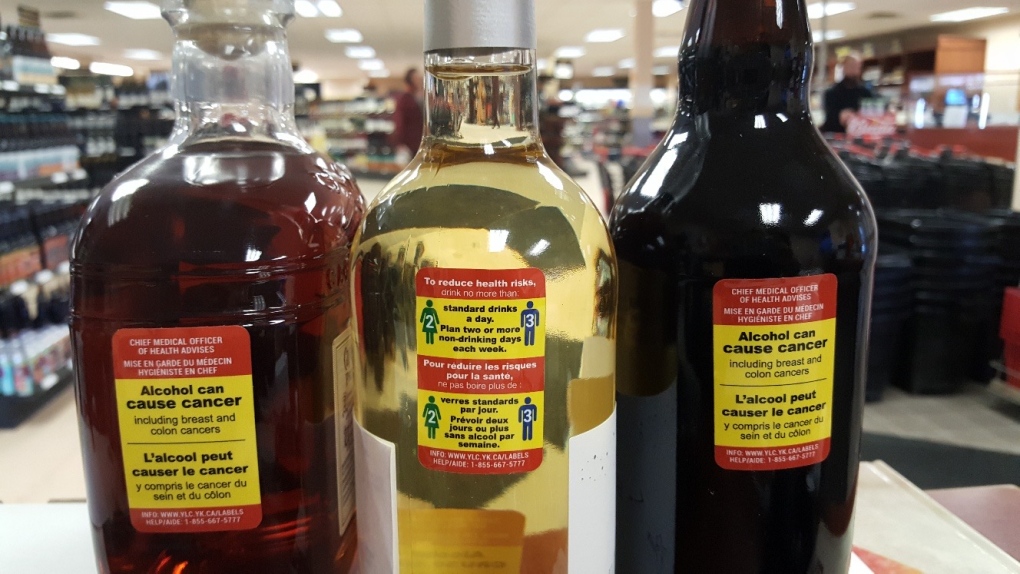 The research also found that people who bought the alcohol with the labels better remembered national drinking guidelines.

VICTORIA -- University of Victoria researchers say people are at risk of increasing their alcohol consumption as they isolate at home during the COVID-19 pandemic.

But research from the school’s Canadian Institute for Substance Use Research (CISUR) shows that well-designed warning labels can play a role in reducing the risk of health problems caused by drinking alcohol.

Institute director Tim Stockwell says only a quarter of Canadians are aware of the risk of cancer associated with drinking alcohol.

The study was launched in a Whitehorse liquor store in 2017. Approximately 300,000 labels were applied to alcoholic containers during the study period.

The colourful warning labels helped many people in Canada’s highest-consuming region cut back on their alcohol intake, according to Stockwell.

“We found evidence the warning labels helped drinkers in the Yukon to be better informed about alcohol’s health risks, and prompted many to cut down their drinking,” he said.

“This is an especially vital public health intervention now, as we see people at risk of increasing their alcohol intake as they isolate at home during the COVID-19 outbreak.”

An analysis by Stockwell and CISUR scientist Jinhui Zhao found that per-capita sales of alcohol dropped 6.6 per cent compared to the products without the new labels.

“We recommend that all alcohol containers be required to carry health warning labels, including health-risk information such as a cancer warning, Canada’s low-risk drinking guidelines, and the number of standard drinks per container,” said Stockwell.

“These changes could be achieved variously at the federal, provincial and/or territorial levels of government.”

The research also found that people who bought the alcohol with the labels better remembered national drinking guidelines. More information on the study is available here.