UVic motorsport team off to the races despite theft 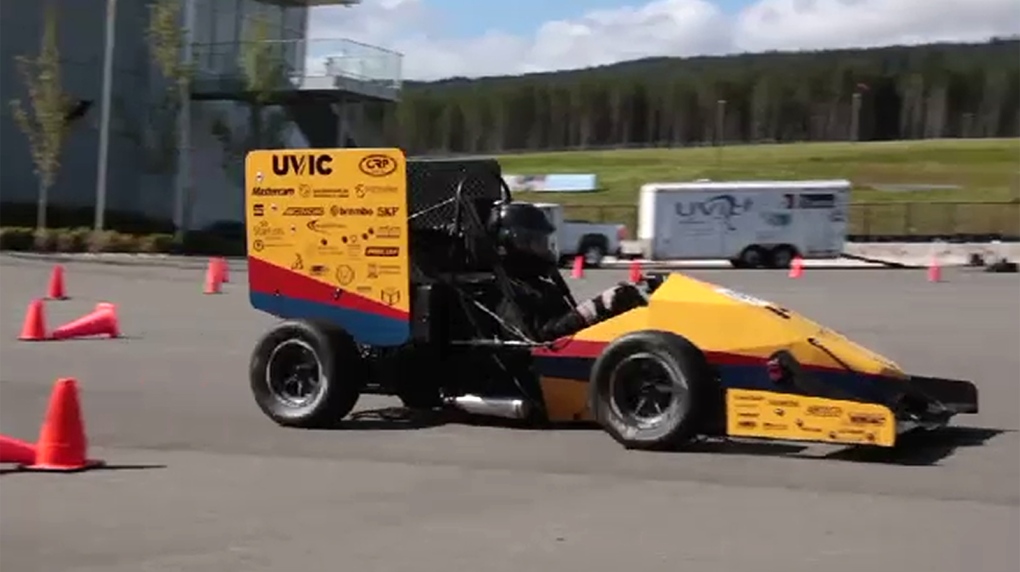 A specially designed race car for the University of Victoria's Formula Motorsport Team is shown. Sat., May 4, 2019. (CTV Vancouver Island)

It was a mad scramble, but a team of University of Victoria students is back in the race.

Just days before their specially designed race car was to be shipped to Michigan for the main event, the theft of parts threatened to derail everything.

"It was extremely challenging, and it put a lot of stress on everyone on the team, everyone is pushing through a lot of pain and a lot of effort,” said Ryan Vorster, UVic Formula Motorsport Team Lead.

About $3,000 dollars worth of parts were stolen, including the entire steering system.

Not knowing if the parts would ever be recovered, the 20 or so students on the team pooled their resources and bought replacements with their own money.

The solution is less than perfect though.

"A couple of sensors that would really help with data analysis, that would help get the car tuned to perfection, those were stolen so we can't really do it anymore so we are hoping the car is as good as it can be," said Vorster.

The students have put in thousands of hours designing and building the car.

In Michigan, they will compete against teams from around the world, in a number of categories, including Best Design.

Last year they were in the top 10 of that category, something they are hoping to accomplish again this year, despite the theft and other setbacks.

"We’ve been through so, so much adversity this year from blowing up an engine a couple of months ago, to having our parts stolen, to having our truck to drive to competition drop out on us and having to source one in a couple days. We'll just be so so, so happy and so proud of ourselves to get through the competition and have a good showing," said Voster.

He added they are hoping to make their supporters proud.

"It's just a bit of adversity right? We just have to push through it. The best teams deal with adversity well and I think we've really done that. We're feeling really good about the car and where the team's at."