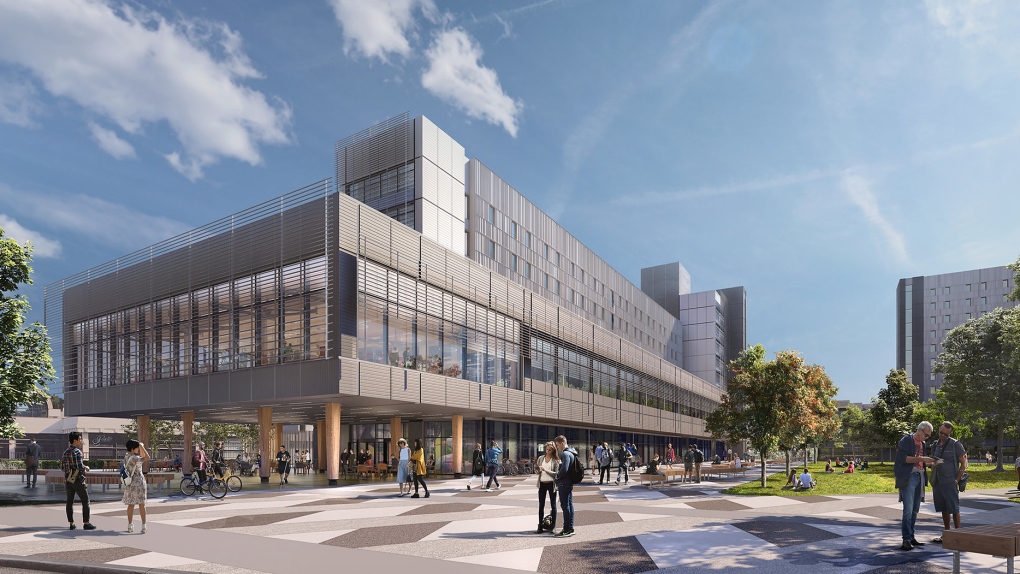 An artist’s rendering of a new housing building on the University of Victoria campus, which includes a 600-seat dining hall: (Province of B.C. / Flickr)

VICTORIA -- A new student housing and dining hall development has officially broken ground at the University of Victoria.

B.C. Premier John Horgan joined representatives from the school Monday to formally announce the construction of 783 new student beds and a new dining hall on campus.

The new dorms, which were approved by Saanich council last August, will be rented at market rates and expected to be occupied by September 2022, Horgan said.

The development will also include a new study area, lounge, grocery store and coffee shops.

The premier said the province plans to build 5,000 new student homes over the next five years, "taking pressure off the rental market right across B.C."

“After years of neglect and calculated inaction on this file by the previous government, I am proud to say that this new state-of-the-art sustainable student housing project is ahead of schedule and soon nearly 800 students will have an affordable place to call home,” Mark said.

In addition to the new beds – 162 of which will replace existing beds – the development includes a new 600-seat dining hall, commercial kitchen, grocery store and coffee shops that will replace the existing Cadboro Commons.

A temporary 500-seat modular dining hall will open in September and operate until July 2022 while the new hall is under construction.