'Using the cover of darkness': Police patrolling Cadboro Bay after increase in crime

'Using the cover of darkness': Police patrolling Cadboro Bay after increase in crime 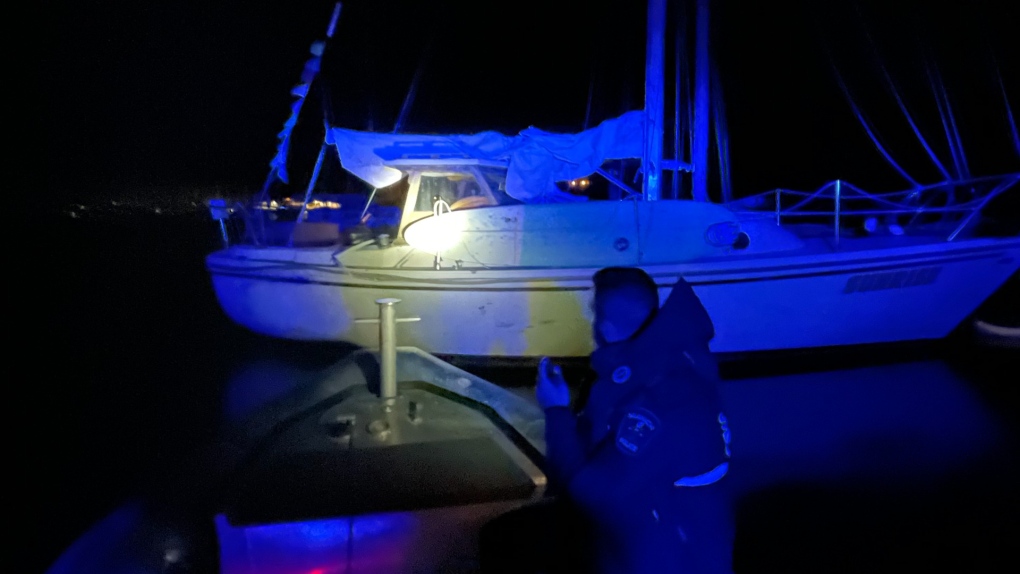 Two local police departments and the RCMP are working together to address a surge in marine-related crimes around the Cadboro Bay area.

On Friday, Saanich police said they were working with the Oak Bay Police Department, the BC RCMP West Coast Marine Services and the BC RCMP Federal Shiprider Program to investigate increasing reports of crime in the area.

Residents of the Cadboro Bay area told police that they've seen an increase in crime over the past few months, and that they believe a small group of people living on boats are responsible.

Recent reported crimes include thefts, mischief, noise complaints and other "unlawful activity," according to Saanich police.

"For example, one person reported that while asleep on their boat, they were woken by someone attempting to steal various items outside," said the Saanich Police Department in a statement.

"Police believe the thieves are using the cover of darkness to carry out many of these criminal activities."

In response to the increase in crime reports, the four police organizations began nighttime patrols on the waters of Cadboro Bay at the beginning of June.

The patrols required coordination from the two local police departments and the two RCMP units since Cadboro Bay borders both Saanich and Oak Bay, while the waters themselves are considered RCMP jurisdiction.

While out on one of these patrols, police say they saw two men breaching their court-ordered conditions last week.

Warrants have now been issued for Thomas Cudworth, 33, and Jack Chisholm, 23, who live on a vessel in Cadboro Bay.

Police are still searching for the pair as of Friday.

Anyone who witnesses suspicious activity in the Cadboro Bay area is encouraged to contact police.

Donald Trump invoked his Fifth Amendment protection against self-incrimination as he testified under oath Wednesday in the New York attorney general's long-running civil investigation into his business dealings, the former president said in a statement.

Family members are still searching for answers after the RCMP apologized for not properly investigating an Indigenous woman's death more than five decades ago.

Is Canada's 'historic' housing correction affecting your plans to buy or sell? CTVNews.ca wants to hear from you

Following a series of interest rate hikes, Canada's housing market is now facing a 'historic' correction. CTVNews.ca wants to hear from Canadians looking to buy or sell homes in a changing market landscape.

Domino's tried to sell pizza to Italians. It failed

Seven years after its debut in Italy, the American pizza giant Dominos has formally shut its stores after it failed to win over locals who preferred homegrown options, according to a report by Milano Today.

A Little League batter rose from a beaning to console the upset pitcher in a dramatic scene at a Little League regional tournament game Tuesday in Waco, Texas.