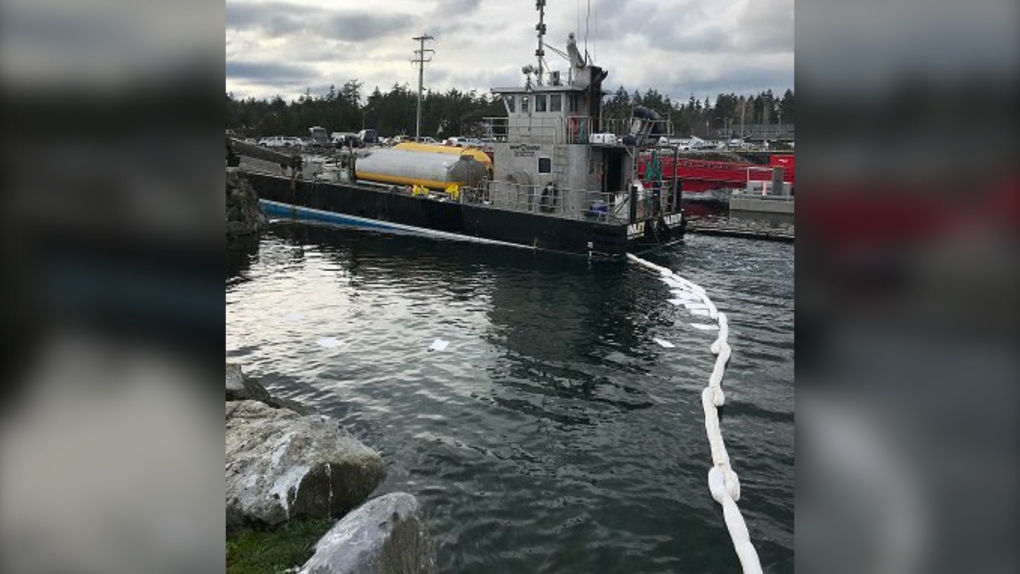 VICTORIA -- The Canadian Coast Guard attended to an incident in French Creek in Parksville after a vessel crash caused hundreds of litres of diesel to spill into the ocean on Monday afternoon.

The Coast Guard says that the fuel was spilled after a fishing vessel and a barge carrying a fuel truck collided with one another.

The crash caused the fuel tank to break, spilling roughly 300 to 500 litres of diesel into the French Creek harbour.

The Coast Guard says that sorbent pads have been placed at the scene and that it is working with the owner of the barge on further clean up steps.

Sorbent pads have been deployed; and we are working with the owner of the barge to action next steps in the clean-up. pic.twitter.com/l3PNnlsJ6Z