VICTORIA -- We are in a much-needed and well-deserved stretch of unseasonably warm weather, making it feel almost like summertime here on Vancouver Island.

Hillary Quinn was at Cadboro Bay on Friday with her young son.

"It is absolutely spectacular," she told CTV News.

With temperatures hitting the low 20’s, peoples moods seem to be lifted.

"It’s like night and day, it’s unbelievable," said Tisha Textor, another mother at the beach with her young son.

You aren’t alone if you feel like we deserve this. Most islanders are appreciating the sun after emerging from a long, dark winter marked with pandemic restrictions.

"This is a one-in-every-10-year event, that this ridge of high pressure and this blocking event has hit us this early in April,” said Warren Dean, CTV Vancouver Island's weather specialist.

These summer-like conditions are expected to carry on throughout the weekend.

"The sun really helps us develop this rhythm and our body loves to predict things," said Dr. Rigobert Kefferputz, a naturopathic physician. "It loves to predict when we wake up, when we take a poop, when we exercise, and sunshine is the same way."

"It’s very important to get that exposure," he added.

Kefferputz is an expert in seasonal effective disorder. He sees the side effects of long, wet winters in many of his patients.

"Last year in the winter I checked about 20 peoples' Vitamin D levels, and about 19 out of those people had a deficiency," said Kefferputz. "Sixteen out of those 19 people actually supplemented with Vitamin D, so I think sunshine goes a really long way."

"With the weather being much nicer, I’m trying to get outdoors and soak-up the Vitamin D," he said. 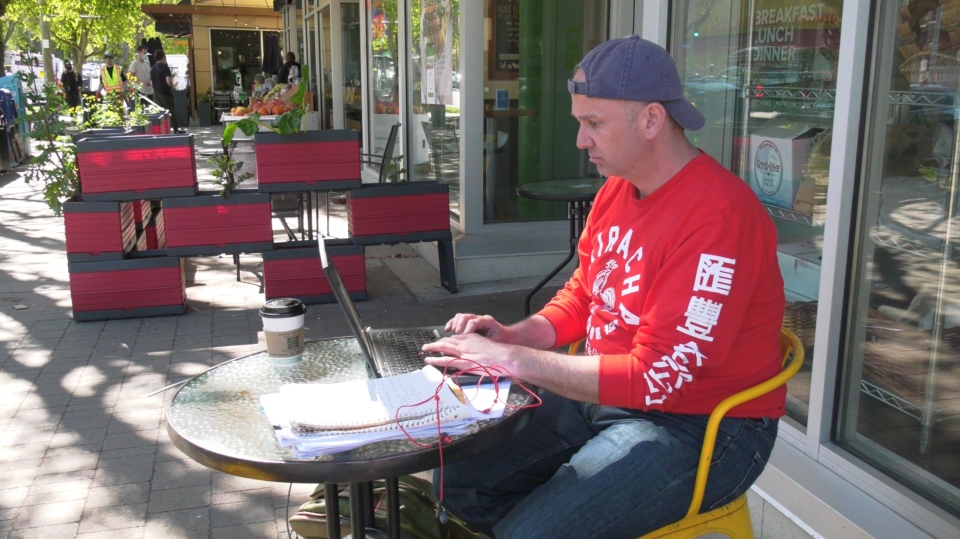 He has gone back to school at the University of Victoria and is just completing his first year of a two-year program. He has spent much of the winter in his house studying. But on Friday, he was studying at a coffee shop in Cook Street Village for a change of scenery.

"I’m enjoying it so much that it’s also somewhat of a distraction, you know?" said Viner.

On Friday, Victoria was sitting around 5 to 8 degrees Celsius above the seasonal average. The weather is predicted to return to normal by next Thursday, when we will see an overcast sky and rain.