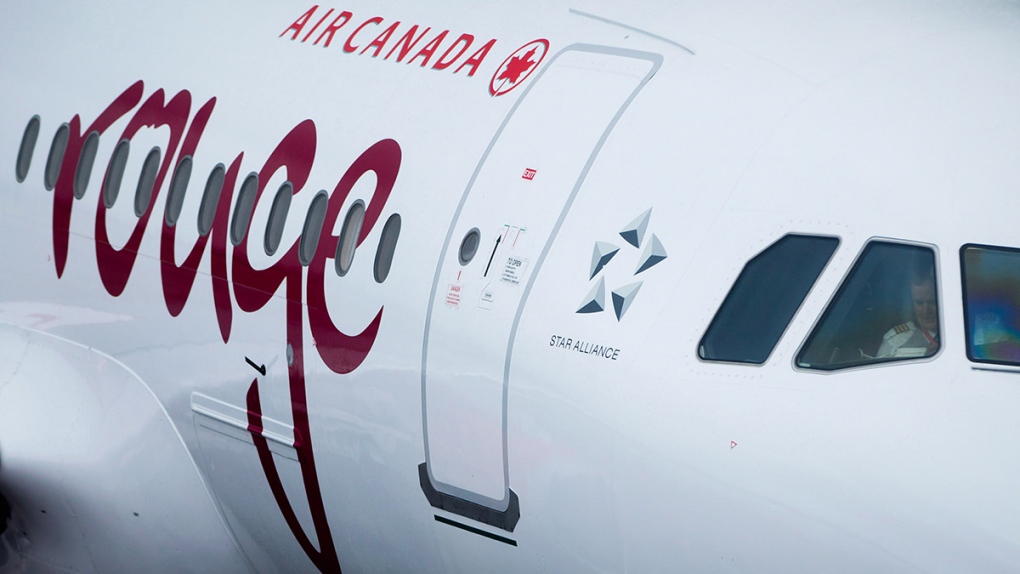 An Air Canada Rouge plane prepares for a flight to Las Vegas at Vancouver International Airport in Richmond, B.C., on Monday, April 28, 2014. (THE CANADIAN PRESS/Darryl Dyck)

A flight from Toronto to Victoria was diverted to Calgary Thursday night due to an unruly passenger, Calgary police say.

An Air Canada Rouge flight was forced to land in Calgary after a situation involving a passenger escalated.

Calgary police removed the passenger, a woman in her 40s, from the plane and placed her in custody. Their investigation is ongoing.

"Flight AC 1683 operated by Air Canada Rouge from Toronto to Victoria on Jan. 17 diverted to Calgary on account of an unruly passenger," Air Canada said in a statement. "The flight was met by the authorities and as this is now a police matter, we have no further details to provide."