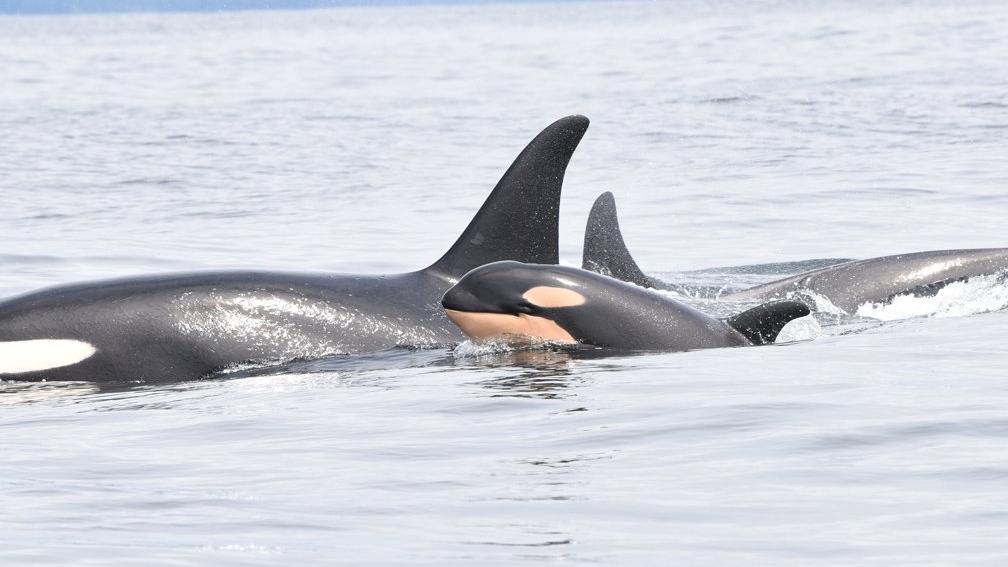 Southern resident killer whale J31 is seen with her new calf along the West Coast of Vancouver Island. (Department of Fisheries and Oceans Canada)

U.S. protections for the waters that a group of endangered orcas call home could soon expand beyond the Seattle area to encompass much of the U.S. West Coast.

The National Oceanic and Atmospheric Administration issued a proposal Wednesday to increase the critical habitat designation for southern resident killer whales by more than sevenfold under the Endangered Species Act.

Just 73 orcas remain in the Pacific Northwest population, the lowest number in more than three decades.

The latest proposal calls for an additional 40,471 square kilometres of federally protected habitat that would run from the border with Canada, down south to Point Sur, California.