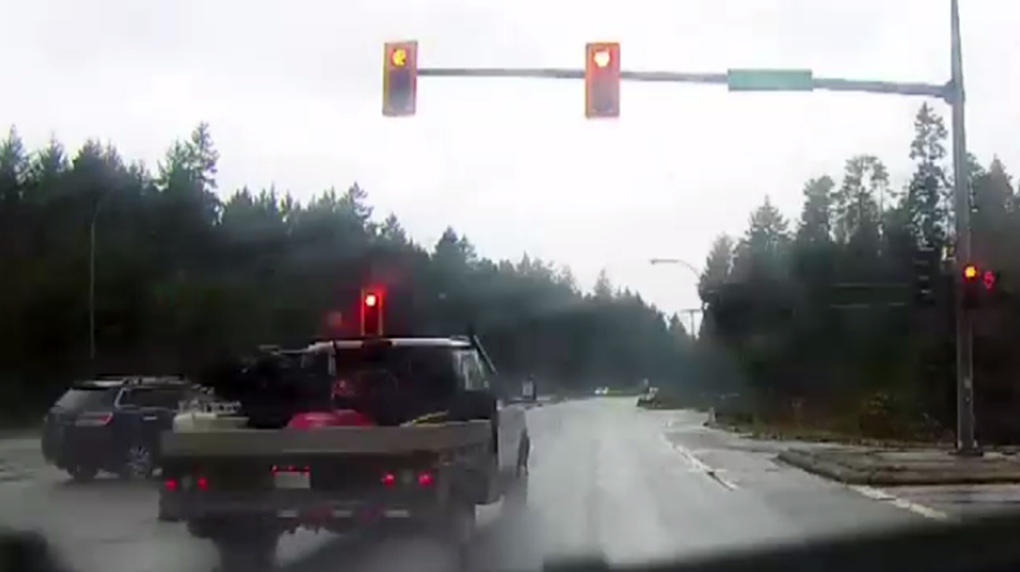 Two men have been charged in connection with a wild chase that ended in a car crash in Nanaimo earlier this week. Nov. 13, 2016. (Handout)

Two men have been charged in connection with a wild chase that ended in a car crash in Nanaimo earlier this week.

Craig Hannon, 21, and Andrew Kloss, 26, face charges including break and enter, theft of a motor vehicle and wilfully resisting or obstructing a police officer.

Hannon faces additional counts including flight from a peace officer, dangerous operation of a motor vehicle and breach of probation.

The incident started Sunday morning, when two men broke into a paving company in Errington, stole a truck and smashed through two fences, causing heavy damage.

Attached to the truck was a trailer containing a paving roller machine worth $50,000, police said.

The truck was spotted by police later in the morning in Nanaimo.

The truck dodged three spike belts deployed by police while a civilian car was damaged by the belt.

Dash-cam video caught part of the chase, showing a truck blowing through a red light on Highway 19 near Nanoose, narrowly missing a left-turning SUV.

The suspect vehicle later crashed into a ditch while trying to avoid a police stop.

The suspects fled but were quickly tracked down by a police canine unit.

The trailer containing the paving machine was later discovered near the scene of another theft in Ladysmith.

The men are scheduled to appear in court on Nov. 29.