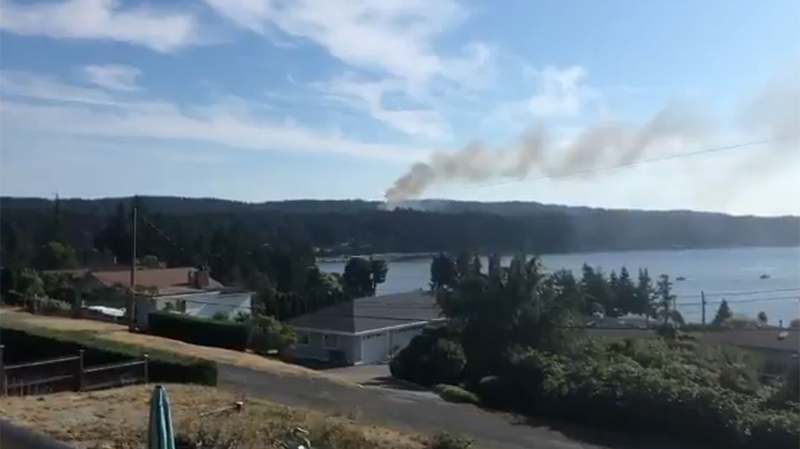 Smoke is seen as a small blaze burns on Mudge Island near Nanaimo. July 25, 2018. (Twitter/@CableBayStudio)

The BC Wildfire Service is responding to a small spot fire on an island near Nanaimo that sent a column of smoke into the sky.

The fire, measured at 100 feet by 50 feet at one point, was discovered on Mudge Island Wednesday morning, according to the Coastal Fire Centre.

The wildfire service has responded with two helicopters bucketing water onto the blaze, while an initial attack crew is working with a local fire brigade on the island.

A structure was engulfed by the fire and flames spread to surrounding grass and forest, the fire centre said.

The fire is suspected to have been caused by a human, but an exact cause has not been determined.

Crews are so far happy with suppression efforts and say the battle against the fire is looking "very positive," the fire centre said.

Sweeping campfire bans have been enacted across the province in the midst of hot, dry weather.