Two flown to hospital in critical condition after Highway 1 crash 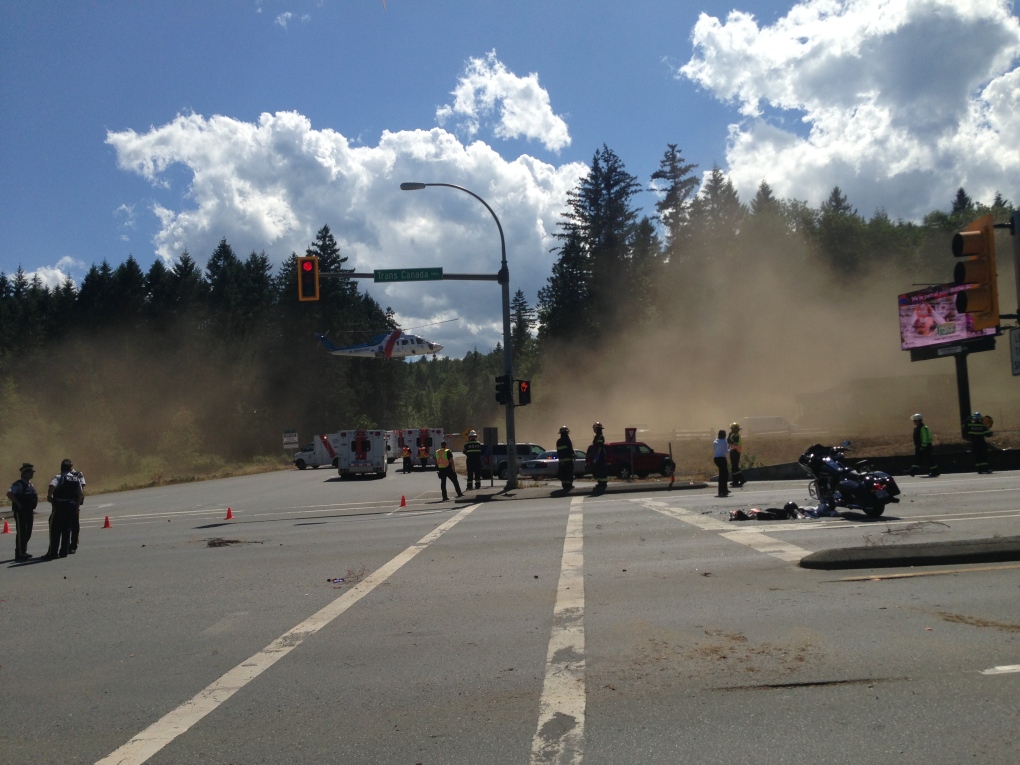 Two people have been airlifted to hospital in critical condition following a crash involving a motorcycle just north of Ladysmith, B.C.

The collision was reported at 2:01 p.m., according to BC Ambulance Service, but it’s unclear how many vehicles or people were involved.

Two air and four ground ambulances were called to the scene in total.

There were reports the incident shut down traffic in both directions on Highway One three kilometres north of Ladysmith at Oyster Sto’Lo Road.

The North Oyster Volunteer Fire Department said in a later tweet that one lane was open in each direction as of 3:20 p.m., but traffic was moving slowly.