Most British Columbians will be turning their clocks backwards this weekend as the province observes the seasonal daylight saving time practice.

At 2 a.m. on Sunday, Nov. 6, clocks will turn back one hour to mark the end of daylight saving time. The change will result in more daylight in the morning, but sunsets will occur earlier in the afternoon.

Outgoing B.C. Premier John Horgan had previously said that he hopes 2022 will be the last year that British Columbians will have to mark daylight saving time.

In 2019, the province passed legislation to stop changing clocks and permanently stay on daylight saving time, but only if the nearby states of Washington, Oregon and California all do the same.

Those three states have made moves to permanently stick to daylight saving time, but they require federal permission to do so.

In March of this year, a bill was passed by the U.S. Senate that would permanently end the seasonal time change across the country.

However, the bill, called the "Sunshine Protection Act," still needs to be passed by the House of Representatives and be signed by the president before it becomes law.

In British Columbia, the legislation that was passed in 2019 means that the province could switch to permanent daylight saving time quickly after it’s made official in the U.S.

While most British Columbians observe the seasonal time change, some residents in the northeastern corner of the province, as well as in Creston, do not. 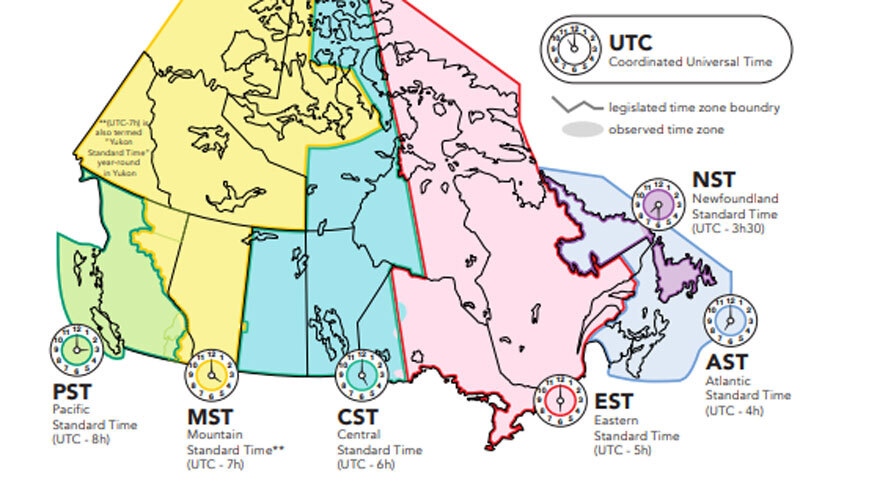 Canada has six time zones with different variations of standard time throughout the year.