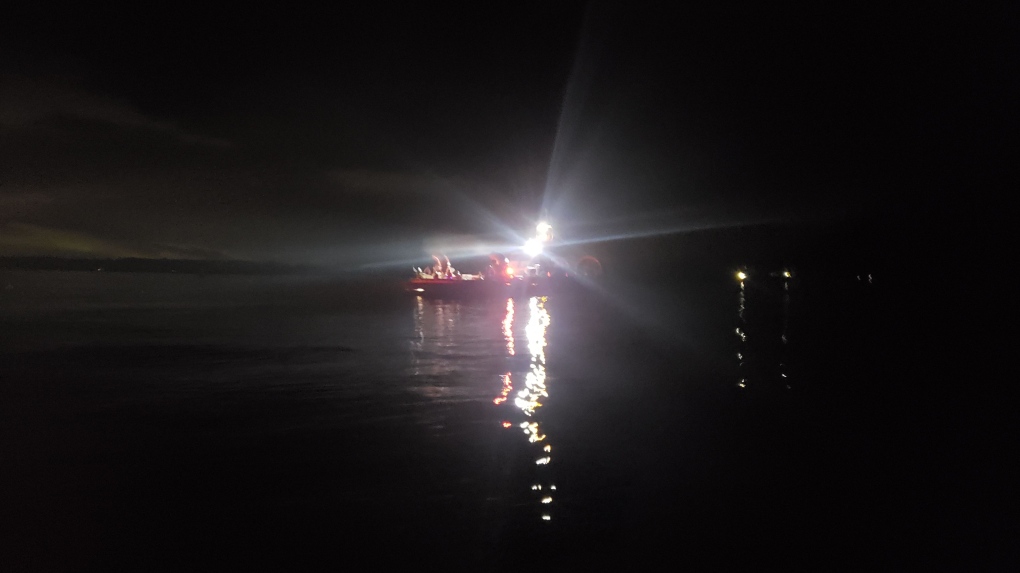 Three rescue vessels were also dispatched to the scene. However, after an extensive search, police determined the vehicle was empty. (Royal Canadian Marine Search and Rescue)
Victoria -

Police are recommending impaired driving charges after a man allegedly drove his pickup truck into the waters of Cowichan Bay.

The incident prompted a response from the coast guard and the RCMP, who believed the man's girlfriend was still inside the vehicle.

Police were called to the Hecate Park boat ramp at 7:43 p.m. when witnesses reported a white pickup truck had driven down the ramp and into the water with an unknown number of people inside.

The driver told responding officers that his girlfriend was still inside the submerged vehicle, according to police.

A Mountie dove into the water and swam down to the vehicle to search for the woman.

Three vessels from the coast guard and the Royal Canadian Marine Search and Rescue were also dispatched to the scene to rescue the woman. However, after an extensive search, police determined the vehicle was empty.

Further investigation confirmed the man's girlfriend was safe at home in the Greater Victoria area.

Police arrested the driver for impaired driving and later released him in hospital.

The investigation is ongoing. Anyone who witnessed the incident or has additional information is asked to contact the North Cowichan/Duncan RCMP at 250-748-5522.