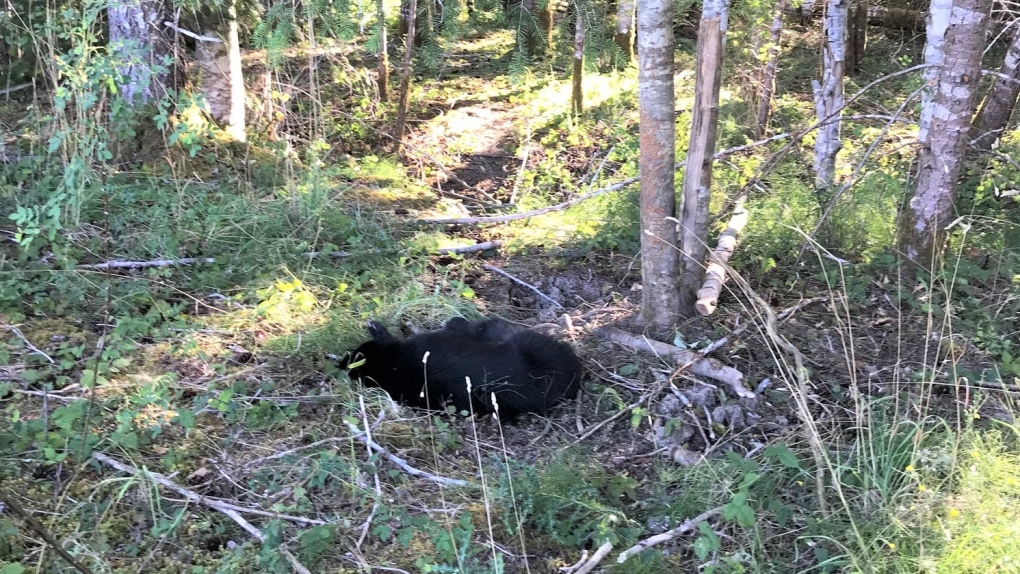 VICTORIA -- A bear cub that had one leg trapped inside a tree on central Vancouver Island was rescued by conservation officers on Monday.

The BC Conservation Officer Services (BCCOS) says that officers were called to a semi-rural area on the outskirts of Port Alberni for a report of a “bear cub crying out.”

Conservation officer Dan Eichstadter says the caller informed the BCCOS that the cub appeared to be with a mother bear and one other cub.

When conservation officers arrived, they found the cub had lodged its foot into the cruck of a tree while the mother bear was pacing around nearby.

Conservation officers then “hazed” the mother bear away by yelling and stomping, which caused the sow to back up into some nearby trees.

The conservation officers then tranquilized the bear cub and freed its leg from the tree.

Once the cub was freed, the officers examined it and did not find any injuries. The bear cub was then tagged and left in a safe position for the mother to return to.

“The leg wasn’t broken or anything, it just happened to be stuck,” said Eichstadter.

“I’ve heard from someone that lives in the area that all three bears have been seen walking around the area no problem,” he added.

The BCCOS says that they cub may have been trying to climb the tree when it slipped and wedged its foot between the split trunk of the tree.

Eichstadter says that whoever reported the trapped bear cub did the right thing, rather than trying to take matters into their own hands.

“It was a great call by the person that contacted the RAPP line,” he said.

“If other members of the public come across a situation where they feel like an animal may be in distress, by all means call the RAPP line and let us do the job we’re here to do.”