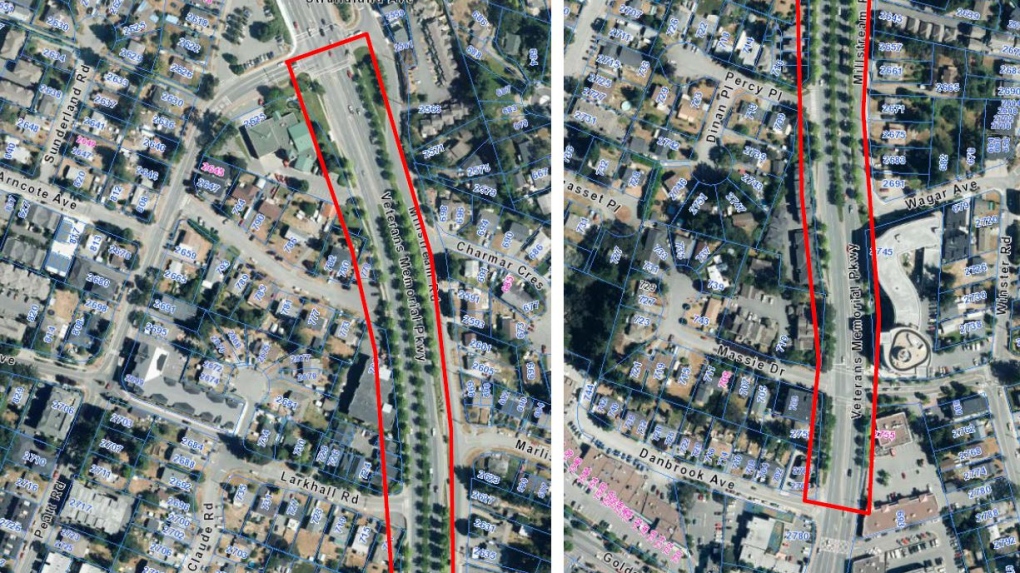 The work area is shown. Traffic will be brought down to a single lane at certain times of the day: (City of Langford)

VICTORIA -- Drivers are being warned to prepare for traffic delays along Veterans Memorial Parkway in Langford as city crews begin tree pruning work in the area.

Starting Tuesday, March 2, city work will be taking place on the parkway between Peatt Road and Danbrook Avenue.

The City of Langford estimates that the tree pruning will be complete on Friday, March 12. However, the work schedule is dependent on weather.

Motorists are being asked to follow the directions of traffic controls and to expect possible delays.

"We apologize for the inconvenience," said the city in a release Tuesday.