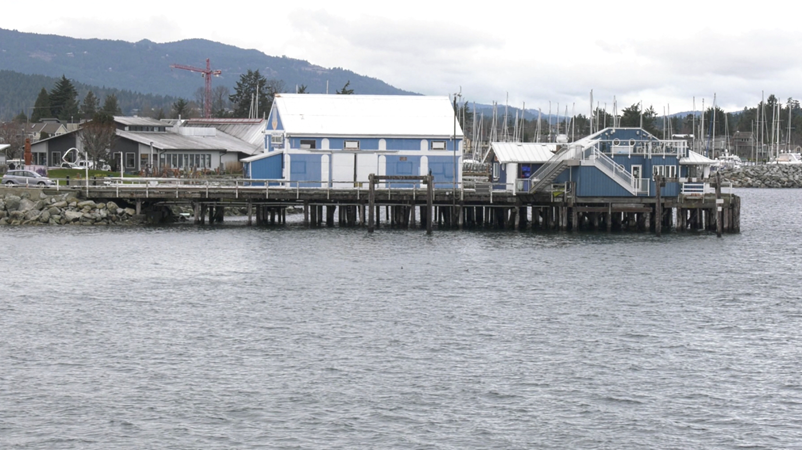 VICTORIA -- The Town of Sidney has begun to look at what the future holds for its aging wharf, after the town’s staff received engineering reports that show the structure is reaching the end of its life.

The iconic wharf has stood at the foot of Beacon Avenue for approximately 60 years. An engineering report submitted to town staff in 2020 shows the pilings that support the structure have deteriorated.

“It's not only the pile structure but the way it's constructed in terms of it's deck being made from a combination of wood and asphalt, so it's really the overall condition (of the wharf),” said Sidney Mayor Cliff McNeil-Smith. “We have spent the costs of repairing it over the years and it will come to the end of it's life and we're at that stage now.”

As the condition of the wharf continues to deteriorate, it is expected the it will need to be replaced in the next five to 10 years. In August 2020, the town established a sub-committee to explore the town’s options for the aging wharf.

“We’re looking at the coming years, hence forming the committee and taking several months to a year to come up with recommendations,” said McNeil-Smith.

“We did have some preliminary options presented to council. For example, the wharf is currently on a pile structure, but staff had indicated options would include a rock-based structure or possibly a floating structure,” he said.

McNeil-Smith goes on to say that because the wharf is a piece of the town’s infrastructure with significant costs, not replacing the wharf is an option that will be considered as well.

The notion of replacing the wharf is not a new one for the seaside community. The Town of Sidney regularly examines the wharf and the deterioration of the structure has been a issue for a number of years. McNeil-Smith says he recalls serving on council in 2010 when the wharf was permanently closed to vehicle traffic.

“During our council term it's come to a point where staff and council are resolved to look into the future of the wharf,” said McNeil-Smith. “Even in its current condition the wharf is safe for the public and the businesses operating on it.”

The five voting members of the wharf committee are members of town council and residents with support from Town of Sidney staff and consultants. One of the options being considered for the future of the wharf is a public-private partnership.

“While the committee has been doing its work, we have been approached by a proponent who does have a floating portion of the former Hood Canal Bridge,” said McNeil-Smith. “The proponent will be submitting a proposal to committee. The committee and staff will look at that and it will form part of the report that will be coming to council.”

McNeil-Smith says he expects the wharf committee will bring the report with its recommendations before council some time later this spring. He says after the committee has made its report, the Town of Sidney will begin the public consultation process before moving forward on a wharf replacement project.

“Waterfront infrastructure is expensive to maintain and the cost is significant, in the many millions of dollars if we are to replace it with any of the options that are being considered,” said McNeil-Smith. “This is really important to the community and we want to make sure we get it right going forward in terms of keeping our waterfront vibrant.”