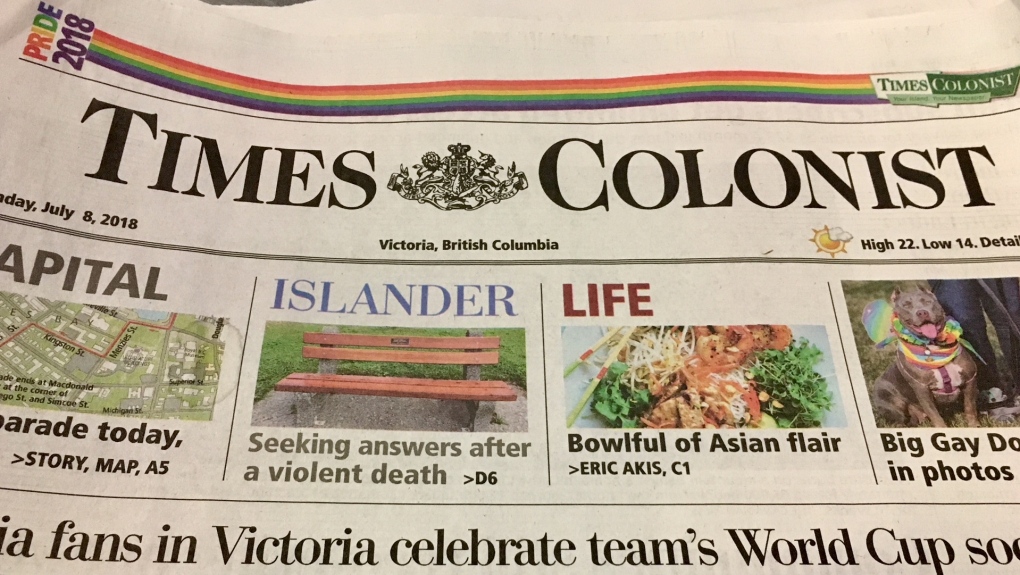 VICTORIA - The pressroom of the Victoria Times Colonist will be shutting down, and the union representing the 18 workers who will be unemployed says Glacier Media is moving the work to a facility outside the city.

Brian Gibson, president of Unifor Local 2000, says the workers have an average of 19 years of service with the paper.

Gibson says in a news release that the pressroom workers have helped trailblaze collective agreement rights for other unionized employees at the iconic paper.

The workers will be laid off at the end of September, but Unifor says it is negotiating with Glacier to improve severance packages and to secure jobs for its members in other areas at the newspaper.

The union says the company sold the Times Colonist building last year to a developer that plans to transform the pressroom into a brewery.

A representative from Glacier Media did not reply to a request for comment.