'This is a particularly disappointing’: Peacekeeper plaque stolen in Comox Valley 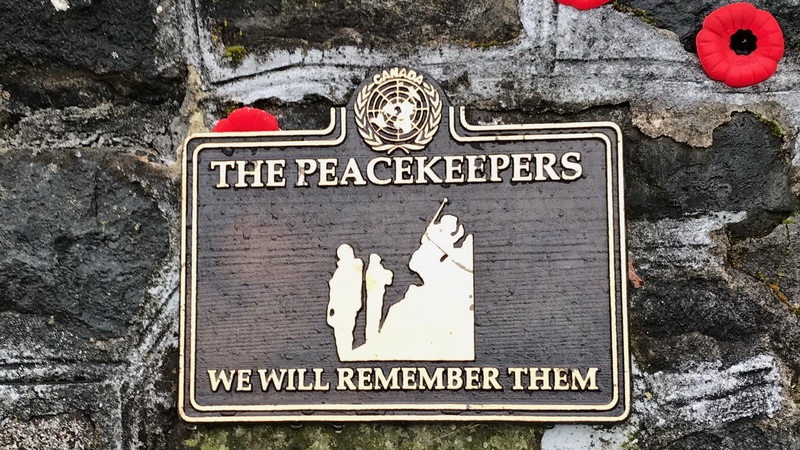 The peacekeepers plaque stolen from the Sandwick Memorial Carin in Courtney. (CTV News)

Investigators in the Comox Valley are digging for leads after a memorial plaque was stolen.

The plaque, which honours fallen Canadian peacekeepers, was discovered to be missing in August. Comox Valley RCMP officers say it could have been taken any time between February and August of this year.

“This is a particularly disappointing theft since it is a plaque meant to honour our fallen peacekeepers here in the Comox Valley,” said Cst. Monika Terragni.

The commemorative badge was pilfered from the Sandwick Memorial Carin on Dingwall Road in Courtenay. According to Heritage B.C.’s website the Carin was originally unveiled in 1922 and was dedicated to soldiers who died in the First World War, and later the Korean war. It was constructed from stones brought from family farms who lost loved ones in the conflicts.