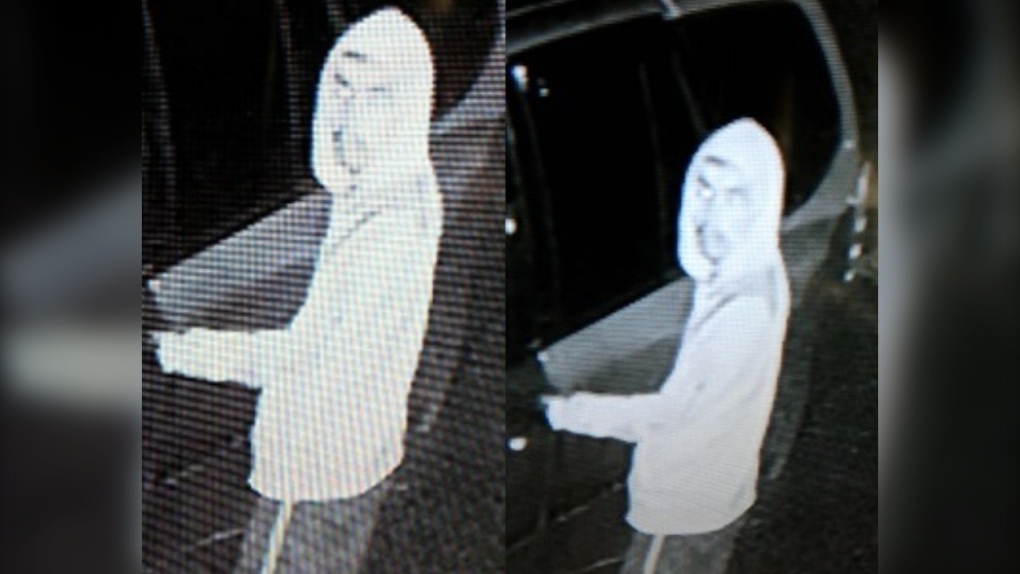 RCMP describe the suspect as a slim Indigenous man in his early 20s. (Port Hardy RCMP)

VANCOUVER -- Mounties on the north end of Vancouver Island are asking the public for assistance in identifying a man they describe as "a bold car thief."

In a news release, Port Hardy RCMP said they had received surveillance video recorded during the early hours of Saturday morning that shows a man attempting to open multiple cars before finding one that is unlocked.

The suspect opened the door to the vehicle, which was parked on Quatse Crescent, and took "various keychains and $10" before leaving, police said.

RCMP describe the suspect as a slim Indigenous man in his early 20s. He stands approximately 5'6" tall, police said.

Anyone who can identify the suspect or has information about the theft is asked to call Port Hardy RCMP at 250-949-6335. Tips can also be provided anonymously via Crime Stoppers at 800-222-8477.

Police are also reminding members of the public to lock their vehicles and remove all valuables when parked.