'They sacrificed their lives for us': Victoria students participate in No Stone Left Alone memorial 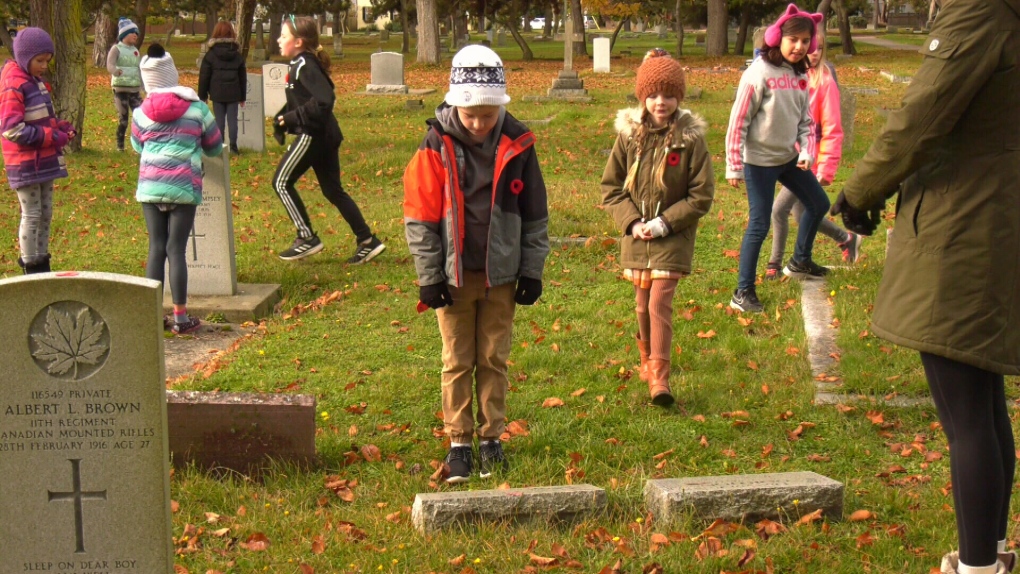 During the ceremony Monday, a wreath was laid at the cemetery followed by the students finding grave sites of veterans and placing paper poppies on the headstones. (CTV Vancouver Island)

VICTORIA -- As part of ceremonies happening across the country today, approximately 400 kindergarten to Grade 5 students from Margaret Jenkins Elementary School descended on Ross Bay Cemetery to honour veterans of the Canadian Armed Forces.

The No Stone Left Alone Memorial Foundation is dedicated to remembering Canada’s veterans while providing students an authentic experience that creates knowledge, understanding and an appreciation of the sacrifices made by Canada’s fallen soldiers.

During the ceremony Monday, a wreath was laid at the cemetery followed by the students finding grave sites of veterans and placing paper poppies on the headstones.

“There’s over 400 soldiers buried here,” said John Azar of the Old Cemetery Society. “These are all people who died after the war because nobody who died overseas were brought back to Canada.” 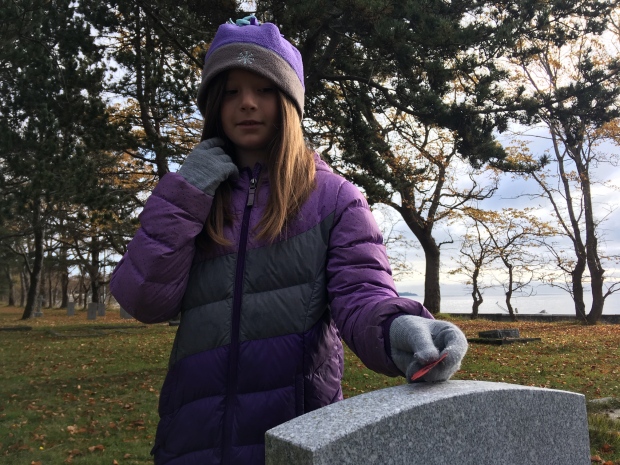 Some inscriptions were placed on family graves for sons who died overseas and whose families wanted some sort of memorial for them in their home country.

"Because we had kindergarteners all the way up to Grade 5 students, it will allow them to more clearly understand what Remembrance Day is all about and what people before us did on our behalf,” said Brig.-Gen. Dave Awalt with the Canadian Armed Forces.

“I think it’s cool that we’re remembering people who died in the war and I think it’s a thank-you to them,” said Grade 4 student Tavin Metcalfe. “They sacrificed their lives for us.”

“I guess they fought the war for us so that we could have a happy life,” said Gabi Watt, who's in Grade 3.