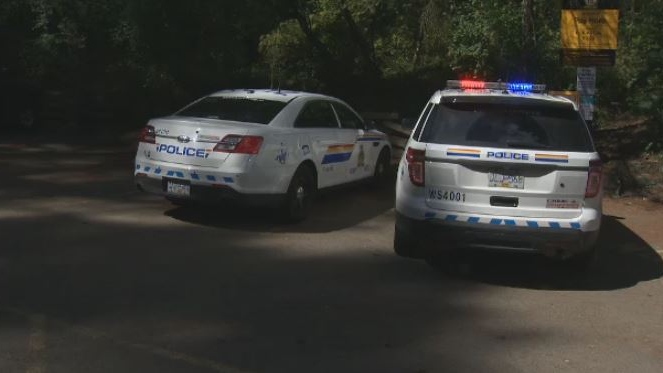 Officers cordoned off the north end of Thetis Lake and confirmed a body was recovered. July 10, 2018. (CTV Vancouver Island)

Police shut down part of Thetis Lake following a suspected suicide on Tuesday.

Officers cordoned off the north end of the lake and confirmed a body was recovered.

They say what happened is not of a criminal nature and there is no risk to the public.

The BC Coroner's Service and West Shore RCMP are investigating the death.

The lake and surrounding park have since reopened.