Thetis Lake cliff-pushing incident 'did not occur as reported': RCMP 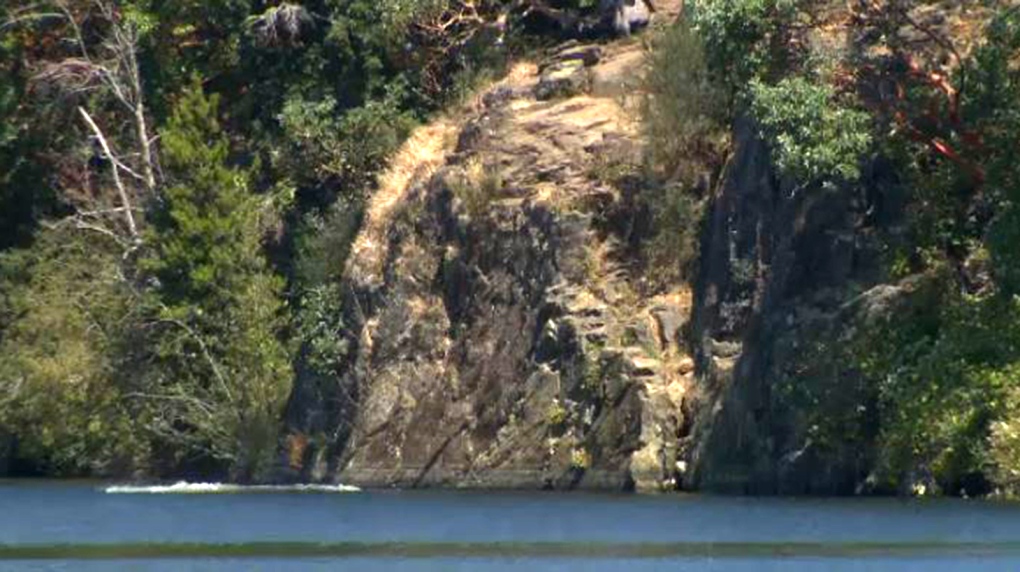 A cliff face at Thetis Lake in View Royal is shown in this undated file photo.

The Mounties are no longer investigating a woman's report that she was pushed off a 12-metre cliff into the water at Thetis Lake last month.

The woman initially told police she was hiking a cliff near the beach at Thetis Lake on May 19 when she encountered a group of three women she didn't know.

She claimed that while she was looking over the cliff, someone pushed her, causing her to plummet 12 metres into the water below.

But now the West Shore RCMP say the incident didn't happen like that and that the woman was never pushed off a cliff.

"While we cannot provide further specifics, investigators have determined the incident did not occur as was originally reported and suspects are no longer being sought in relation to this matter," West Shore RCMP Const. Nancy Saggar said in a news release Wednesday.

The incident as first reported drew plenty of local attention and spurred calls for authorities to crack down on drinking in the popular regional park.

West Shore RCMP investigators are not considering charges against the woman for filing a false police report.