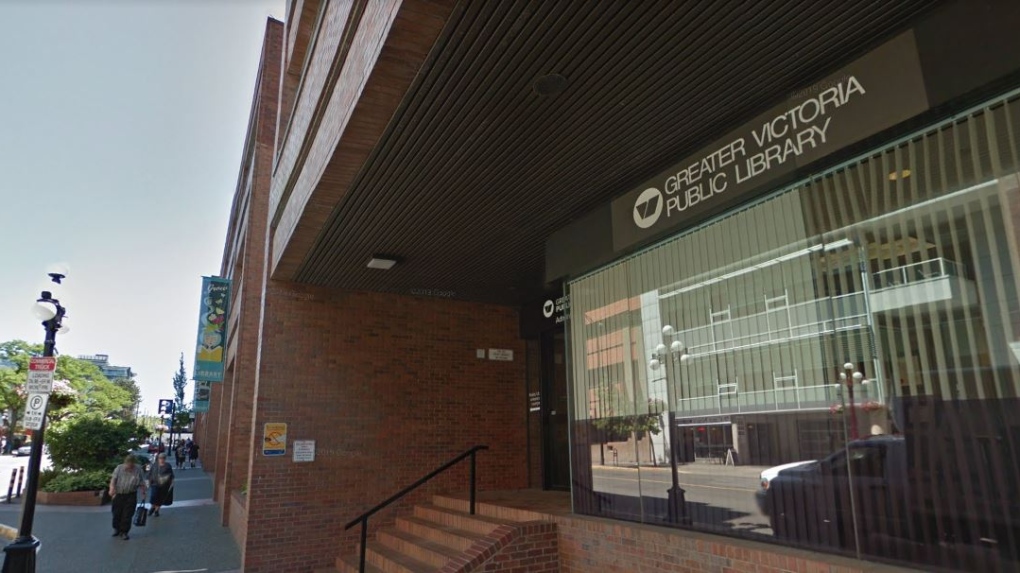 Demand for online books and entertainment offered by the Greater Victoria Public Library skyrocketed during the early days of the pandemic: (Google Maps)

VICTORIA -- The Greater Victoria Public Library (GVPL) has released several top 10 lists for the most popular books that were borrowed from the library system this year.

While the GVPL closed its branches near the beginning of the pandemic, many have reopened. During this time, the library system says that circulation of its digital items skyrocketed by more than 92 per cent during the first wave of COVID-19 as people remained at home.

The GVPL says that digital consumption of books led to renewed popularity for some titles because they were easily accessible online.

This caused some books published before 2020 to make it onto this year’s top 10 lists.

The most popular adult fiction book of the year was Where the Crawdads Sing by Delia Owens, which was first published in 2018 and was also featured in the GVPL’s top 10 list in 2019.

Meanwhile, memoirs appeared to be the most popular adult non-fiction genre of 2020, with Michell Obama’s Becoming topping the list this year.

Despite its age, Harry Potter and the Philosopher’s Stone, first published in 1997, was this year’s most popular novel in the Kids category.

In the teen category, the GVPL says that 2020’s most popular story was The book thief by Markus Zusak.

“We know that Greater Victorians love to read and learn,” said GVPL CEO Maureen Sawa in a release Thursday. “I’m so pleased that the library was able to help our community find some solace through reading during this challenging year.”

The GVPL adds that anyone looking to sign up for a library card can do so online here. Besides books, the GVPL offers audiobooks, movies, video games and educational resources for free online.

The top 10 most popular books borrowed by from the GVPL across all formats, including physical and digital, can be found below:

1. Where the crawdads sing by Delia Owens

3. The night fire by Michael Connelly

4. The testaments by Margaret Atwood

5. The Dutch House by Ann Patchett

6. All the devils are here by Louise Penny

9. Agent running in the field by John Le Carré

10. A better man by Louise Penny

2. Talking to strangers: what we should know about the people we don't know by Malcolm Gladwell

3. A promised land by Barack Obama

4. The body: a guide for occupants by Bill Bryson

7. Educated: a memoir by Tara Westover

9. From the ashes: my story of being Métis, homeless, and finding my way by Jesse Thistle

10. Catch and kill: lies, spies, and a conspiracy to protect predators by Farrow, Ronan,

Kids (each series only appears once)

2. Guts by Raina by Telgemeier

3. Wrecking ball, plus others from the Diary of a Wimpy Kid series by Jeff Kinney

5. Little Women by Louisa May Alcott

6. The Good Egg by Jory John and Pete Oswald

9. Waiting is not easy! by Mo Willems

10. Bad kitty goes to the vet by Nick Bruel

Teen (each series only appears once)

1. The book thief by Markus Zusak

2. The ballad of songbirds and snakes by Suzanne Collins

3. The hate u give by Angie Thomas

4. The secret commonwealth by Philip Pullman

6. The queen of nothing by Holly Black

7. Children of blood and bone by Tomi Adeyemi

8. The giver by Lois Lowry

9. One of us is next by Karen M. McManus