'There will be some that will have to close': Legion branches call on B.C. for support

VICTORIA -- It was busy outside the Victoria Legion on Tuesday as volunteers picked up boxes of poppies and envelopes for next year's poppy campaign. Inside and on the patio, it was a different story.

"We do need help, it is really tough," said Angus Stanfield, vice president with Dominion Command.

Legions have struggled through the pandemic, but the province's latest circuit breaker restrictions have decimated Legion branches' ability to generate any income, and the Legion says the province has cut them out of any provincial relief money.

That has prompted the Legion’s BC/Yukon Command to pen a letter to the province asking to be included in the latest round of relief grants. Those grants are directed towards the food and beverage industry.

"Legions and the veterans seem to have just been completely overlooked," said Valerie MacGregor, president of BC/Yukon Command. "Having said that, our primary source for income for most of our Legion branches is the food and beverage industry."

"I call on all British Columbians to look to their Legions and see what they can do to help them through this difficult time," said Horgan. "The circuit breaker was designed for 'for-profit' businesses."

"We’re going to continue to look at ways to help the Legion," he said.

Not good enough says Bruce Banman, Opposition critic for citizen services and MLA for Abbotsford South. He says Legions provide important community services that the for-profit sector doesn’t and now is the time to act.

"Fix it. It’s a simple stroke of a pen to include them in the circuit breaker grants," said Banman.

The Malahat Legion is no exception and is also hurting. It has resorted to constant bottle drives to pay the bills. 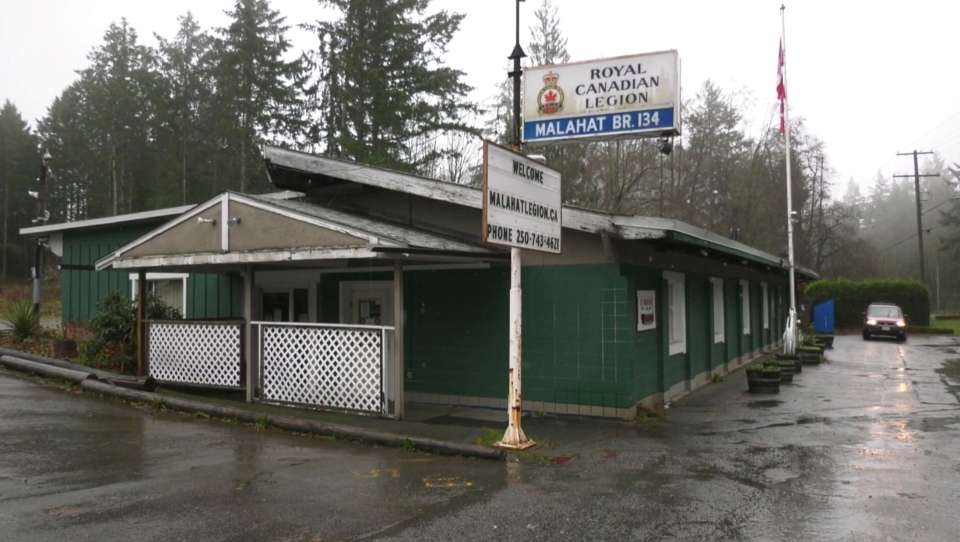 "The bottle drive has saved us every month," said Isabelle Hammer, president of Legion Malahat 134.

The president of that legion and another know what is on the line if Legions can’t get access to the much-needed grants.

"I’m unfortunately sure that there will be some that will have to close," said Hammer.

"Without a doubt, there will be branches that close," echoed Stanfield.

That would be a huge blow to veterans and to those who rely on Legions for the supports they provide.