Several Vancouver Island mothers and their families are without homes after showing up at a house they rented only to discover they were all the victims of a sophisticated rental scam.

Melissa Hyland, a single mom, was looking for a new rental after she said her landlord gave her 30 days' notice to vacate the home she had been renting for the last eight years.

When she found an ad for a home at 2845 Pickford St. in Colwood, she thought her wishes had finally been answered.

"When I found this place that would take boys – I've got boys, I've got a dog and myself – I was thrilled," she said.

Hyland met with the man claiming to be the homeowner and did a full walkthrough before filling out an application.

"He accepted my application and then he gave me the information where to send a deposit to – $1,900."

Up to that point, the process seemed legitimate. But the first red flag came when Hyland showed up to get a copy of the rental agreement.

"We had just pulled into the driveway and all of a sudden a truck appeared and he became very agitated, told us we had to leave immediately," she said. "I was like 'Oh, I'm really sorry, I thought this was a good time,' and he said 'No, my roommate just came home.'"

Hyland said when she questioned him further he changed his story, saying the man in the truck was a good friend who was upset because he had just gone through a breakup.

As it turns out, the man driving the truck was the actual homeowner. 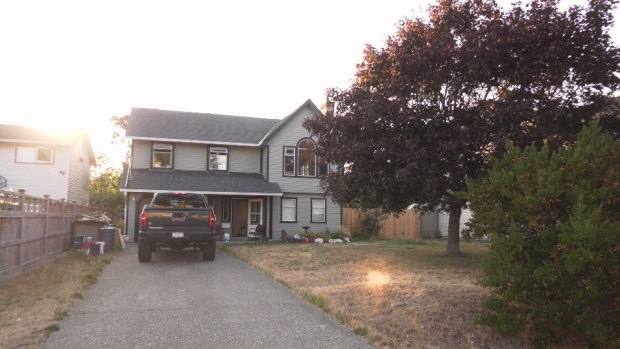 The home at 2845 Pickford St. in Colwood is shown.

Bruno, who did not want his last name used, is in the navy and had returned home from sea early, surprising the "landlord" who in reality, was his tenant.

"He was kind of acting a little weird from what she was saying," Bruno told CTV News. "He said 'Oh, this is just extra work on the side that she wants me to get done' and I really didn't think anything of it. Nothing was out of the norm at that point."

But Hyland left the home, not yet realizing she was the victim of a rental scam.

That realization came the day before she was set to move in when she came to the home to pick up her keys.

She knocked on the door and was greeted by Bruno – and the full extent of the scam was revealed.

"When this man opened the door his face fell and he said, 'Oh no. Are you another one?'" she said. "Then I knew that he was the owner and that we had been scammed. So he said, 'Yeah, I'm really sorry but you're the fourth family to show up."

Bruno said he had been in communication with his tenant, who was also doing carpentry work in the home, while he was away working.

"On the Friday I learned that he told his girlfriend that he was going to Pender Island to buy a boat," he said. "I texted him again, never got an answer, and just by chance I had taken leave so I was going to be here all this week."

On Monday, a family showed up at Bruno's house with a moving truck, ready to move in.

"I was like, 'What are you guys talking about?' It ended up being that he had set up this family to come and rent out this house without permission."

Two more families showed up before Hyland arrived to pick up her keys. All of them had paid a damage deposit to the man claiming to be the homeowner, Bruno said.

He said he later found copies of the fake lease agreements left by the tenant and his girlfriend in the room they'd been renting.

"I don't understand how this could happen where you just pulled that stuff up," he said. "I'd like to have him found so we can resolve all the money."

Bruno also claimed his tenant gave him a false name when he moved in, "Jason LeBlanc." 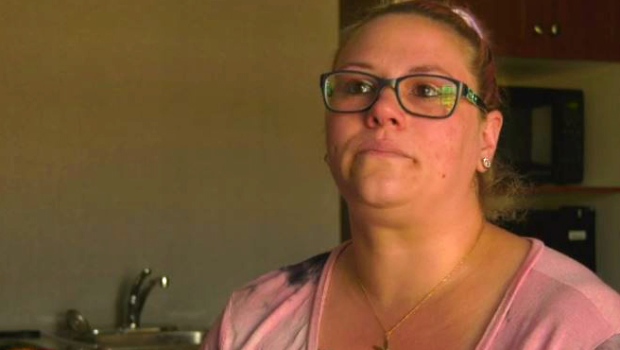 Jessica Wilson, a single mother of three children, said her kids are distraught after falling prey to the persuasive rental scammer.

Another victim, Jessica Wilson, said hers was the first family to show up at the Pickford Street house thinking they would be moving in.

She said in her dealings with the scammer, she never once saw any red flags because of how convincing he was.

"Everything was fine. It wasn't like 'Oh okay, you send us money we'll send you keys.' We came across that when we moved out here, it wasn't like that," she said. "We went and we walked through this guy's house. We shook his hand. He sat down and was like 'Wow, you guys have been looking for a place for a long time.'"

Just like Hyland, Wilson and her family did a walkthrough of the home with the tenant posing as a landlord.

He even talked to her teen daughter, Faith, showing her what was supposed to be her bedroom.

After handing over a damage deposit, Wilson and her three children showed up at the home to be met by a surprised Bruno.

"My heart sank," Wilson said. "I was like 'Oh my god, this really just happened.' I had said to the movers 'I'm homeless' and my youngest started crying, and it broke my heart because we were so worried about this before."

Just like the other victims, the family was left without a place to live and has used most of their money to stay in a hotel for four nights.

"It seems like he's really going for people who are extremely vulnerable," she said. "I had told him I'm a single mom with three kids…I don't work at a glamorous job, I don't make a whole lot of money."

She said friends are trying to help and have started a GoFundMe for the family as they try to find alternate accommodations.

Asked about the man who bilked her mother out of her damage deposit and a place to live, Faith Wilson had choice words.

"I hope he gets caught," she said. "I believe strongly in karma and I hope he gets everything that he deserves to come at him, because this was the worst he could've done to us and every other family."

Bruno said he has since been in touch with police, who have opened an investigation.

"Every time the families come… I gave them all that information so they can add on to the same file and they can kind of keep track of it, hopefully," he said. "I'm sure there's going to be more and more that's going to come out of this."

"Police are still investigating these reports but have learned that at one point in time the suspect rented a room at the very same property and therefore had knowledge of the home," Const. Nancy Saggar said in a news release.

Investigators say the suspect has been using the alias of Jason LeBlanc and are asking anyone else who has been defrauded by someone using that name to come forward.

Saggar also said police would push to seek restitution for the victims and hope to recommend charges once they zero in on the suspect's true identity. CTV News has learned the suspect is also known as Jeremy Oakley.

Saggar said a civil suit would also be an option for victimized families to try to get their money back.

"Initially I was really shocked and then I felt angry, of course, to hear that I was the fourth family, that there were other single moms with kids who had shown up in moving trucks expecting to move in," she said. "Their money's gone. My money's gone. I'm working two jobs, 12-14 hours a day, I'm going to job interviews to try to get a better paying job."

In a tearful plea, she asked anyone who has a place to stay to get in touch with her by emailing healing7rest@gmail.com.

"If anybody has a motorhome to let us rent, any help at this point helps, because I literally don't know what we're going to do."