Theater group brings 'Saddest Music in the World' to Victoria 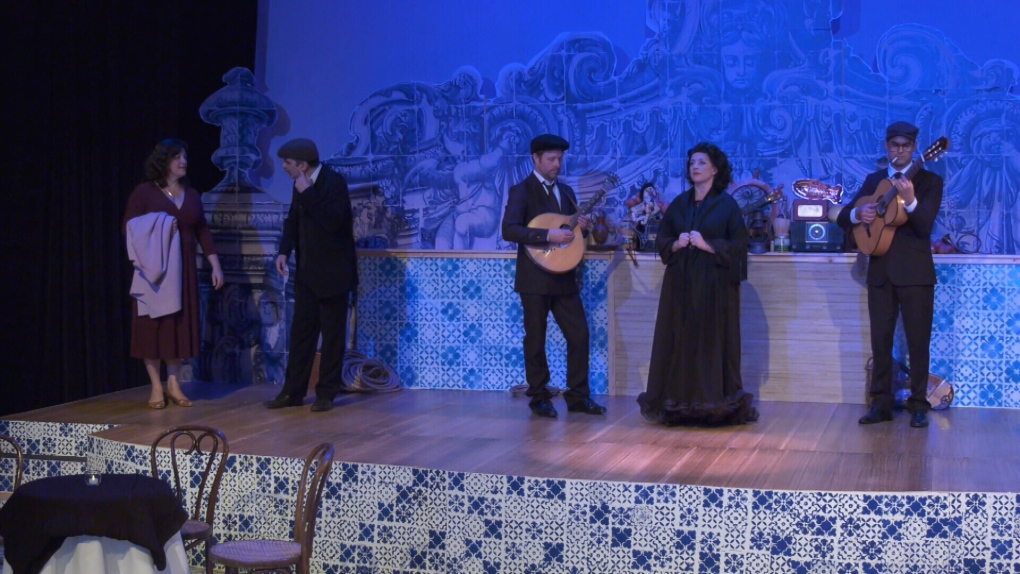 A scene from the Portuguese-Canadian created play, Fado: The Saddest Music in the World, unfolds: Nov. 13, 2019 (CTV News)

A theatre group is set to bring a dramatic Portuguese-Canadian written theater piece to Victoria this week.

It’s a tale of love and ghosts, and it’s is back by popular demand. Fado: the Saddest Music in the World is one part musical, one part theatre and tells the story of a young Canadian woman traveling to her parents’ home town of Libson, Portugal to discover her family's culture and to learn the music of their people.

“It’s in her blood," said artistic director Mercedes Batiz-Benet. "It’s in her bones. It’s in her soul, and she has this calling to sing this fado music, and so she’s following this call back home to understand who she is.”

“This is almost an immigration story in reverse because the main character wants to go back to the land of her ancestors, Portugal, to understand what’s missing from her identity.”

The production, by Puento Theatre, won best musical at the Victoria Fringe Festival last year and will return to the stage this weekend with a fresh script and cast.

“It’s changed quite a bit in the sense that we’ve done a complete overhaul of the design,” Batiz-Benet said. “We wanted to focus more on the characters. We added one more song. We made a few of the songs longer, and just changed the design and some aspects that we thought were working really well last year.”

Dubbed, 'the saddest music in the world', fado is a music genre created by Portuguese people and was largely introduced to the rest of the world by patron saint and queen of fado music, Amalia Rodrigues.

The ghost of Rodrigues holds her place in this story and her haunting vocals are being brought back to life by performer Sara Marrairos.

“I think it resonates with people because you sing it at 110 per cent so people feel it whether they understand the words or not," said Marrairos. "And, I think it connects with people at a very deep level."

“For me, it’s a great honour," adds Marrairos. "I just try to embrace who she was and what she brought and try to hold that, and sort of fall into what I believe she was. [I] try to bring that forward through my voice.”

Fado: The Saddest Music in the World will be presented at the Metro Theatre in Victoria from Nov. 14- 16th. Tickets are available online here.