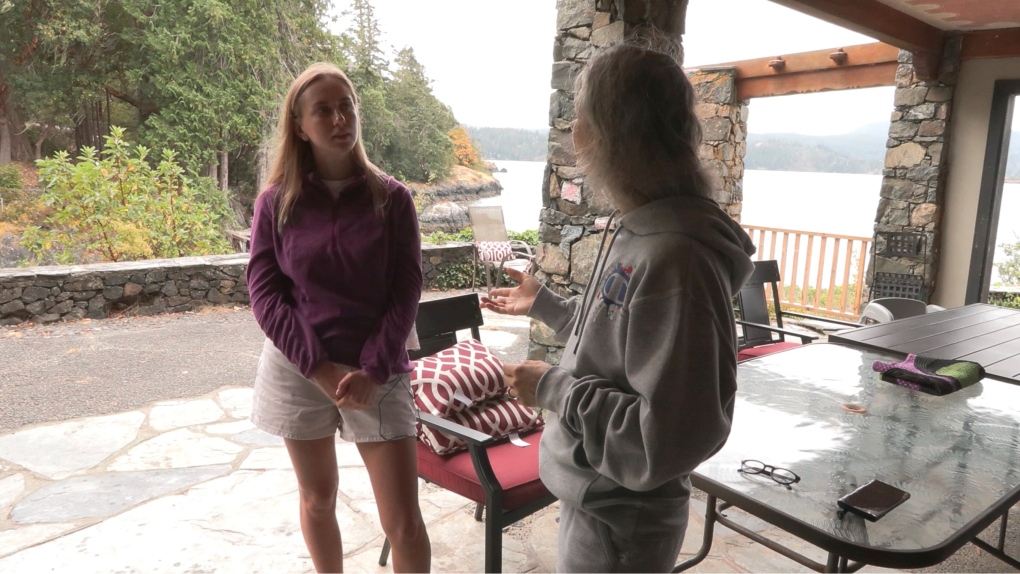 Svitlana Amakhnovtc, the team’s interpreter meets with a Ukrainian refugee at the Ukrainian Safe Haven in east Sooke
Langford, B.C. -

“We’ve got, at this point, 26 people,” said Brian Holowaychuk, owner of the Ukrainian Safe Haven.

It is an opportunity for Amakhnovtc to meet with people who have fled the ongoing war in her country.

At the end of June, a community group from Langford partnered with the Canadian non-profit GlobalMedic. The group travelled to the city of Lutsk in western Ukraine to find a way to help. Amakhnovtc was the group's interpreter.

“Since we’ve been back, the work continues,” said Beckett, project co-ordinator for the group.

Some $450,000 in aid is rolling out in the region, funnelled through a warehouse in Lutsk.

“Tonnes and tonnes of food is now being distributed,” said Beckett.

Along with food, water purification tablets are also going out. Clean drinking water systems are being distributed for regions where water has become contaminated. Fire and medical-aid equipment is being sent across the war-torn country.

“I would say a lot has changed,” said Amakhnovtc.

Recently, the Ukrainian army liberated more than 8,000 square kilometres in the Kharkiv region of Ukraine. The army now has its sights on liberating the south of the country. With that comes a warning from the Ukrainian government to the citizens of that region.

“They warned those people so they evacuated for their own safety,” said Amakhnovtc.

The region around Lutsk is now experiencing a second wave of refugees.

The counteroffensive was successful, but costly.

“There are much more injured soldiers,” said the interpreter.

Many of those soldiers are being treated in the relative safety of western Ukraine.

Beckett is the vice chair of the board of education with the Sooke School District. While in Ukraine, he began the process of growing a relationship between his district and the school districts around Lutsk.

“The school districts that we met over there are now corresponding with our superintendent,” said Beckett. 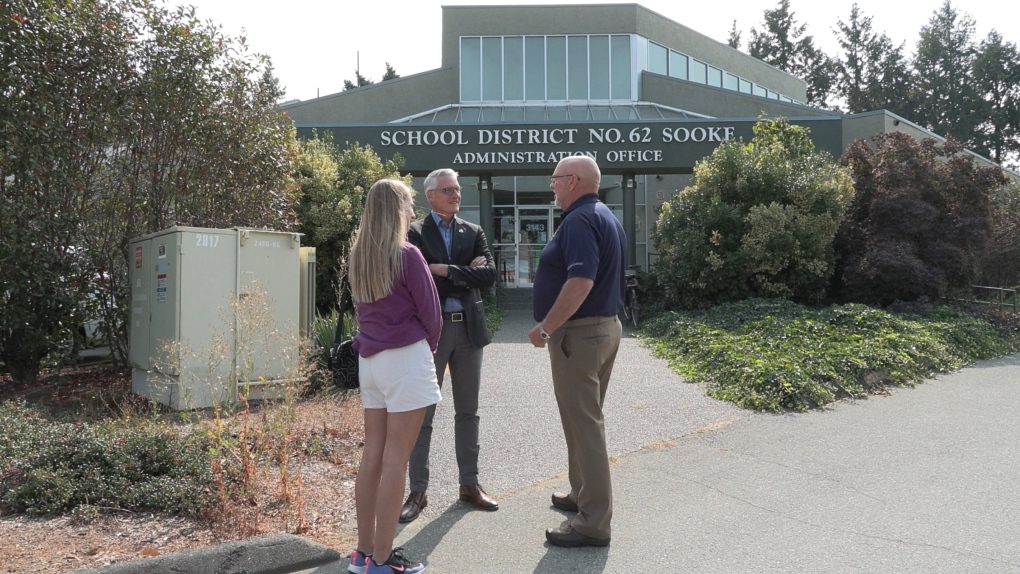 “We’re hopeful to be able to build some direct connection between our schools and those schools,” said Scott Stinson, superintendent of schools for the Sooke School District.

With the need growing, the group is now looking at next steps.

A fundraiser has been organized for Nov. 12 at the Bear Mountain Westin in Langford.

“That money will be used – again in partnership with GlobalMedic – to support the good people of Ukraine,” said Beckett.

Amakhnovtc will be back for that event, this time as a keynote speaker.

The Senate passed bipartisan legislation Tuesday to protect same-sex marriages, an extraordinary sign of shifting national politics on the issue and a measure of relief for the hundreds of thousands of same-sex couples who have married since the Supreme Court's 2015 decision that legalized gay marriage nationwide.