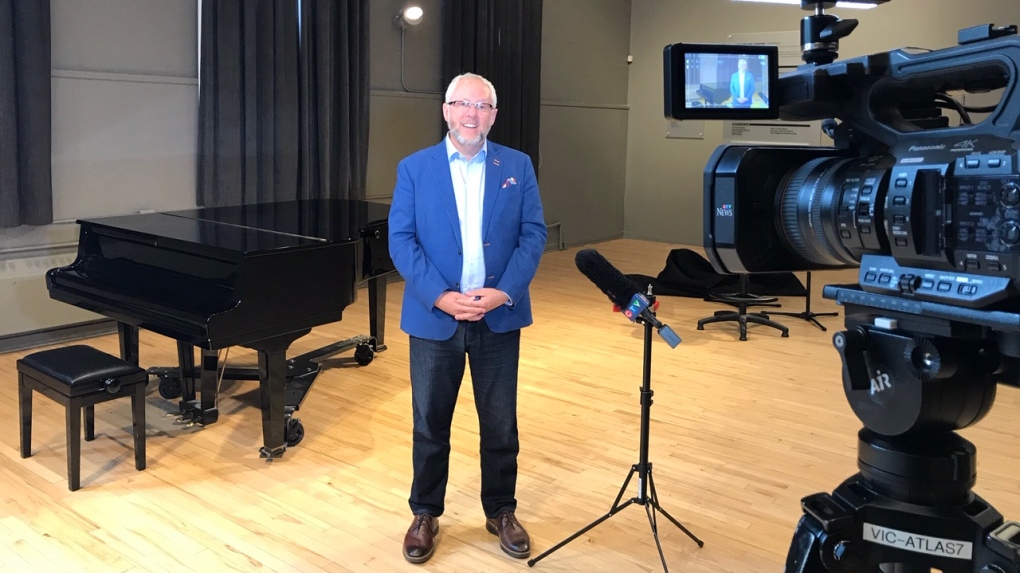 Pacific Opera CEO Ian Rye says he's disappointed the season can't go on as planned, but sees an opportunity to connect with audiences in new ways during the pandemic. (CTV)

VICTORIA -- Pacific Opera is having to get creative when it comes to producing and presenting operas due to COVID-19.

The opera company is “reimagining” its 2020-21 opera season. It will now broadcast online and possibly hold performances in small gatherings instead of at Victoria’s Royal Theatre and McPherson Playhouse this season.

Pacific Opera is conforming to B.C.’s Restart Plan requirements, which make large gatherings impossible for the foreseeable future. On Thursday, the company announced it had postponed several productions that were scheduled for the season. Planned productions including Wagner’s Die Walküre and the Spanish baroque opera and Los Elementos will be postponed to a later season.

The new family opera, The Flight of the Hummingbird, had just been produced and performed for thousands of B.C. school kids soon before COVID-19 hit, but has been put on hold for future live performances. Fortunately, the production was filmed and can be watched for free online at pacificopera.ca.

Along with the performance, there are follow-up study guides and interviews with the creative team.

Although he is disappointed the season won’t continue as normal, Pacific Opera CEO Ian Rye says he also sees an opportunity to rethink how the company can serve artists and audiences in a different way.

“Let’s see if we can turn these times into a different kind of art-making and perhaps an opportunity to connect in different ways with individuals and community,” says Rye.

POV will launch its reimagined season – which will include online and radio broadcasts of Pacific Opera productions from the past several years – in July. The group will also produce new, intimate operas, created for the small screen, as well as sidewalk performances of “Pop-Up Opera” outside local residences.

There will be programming for youth and families, and chamber performances for small audiences, streamed online from the Baumann Centre, Pacific Opera’s home base.

“Pacific Opera will also take this time to commission new works from Canadian writers and composers, and to invest in artist residencies, mentorships and training through the continuation of our artist development program,” Rye said.

Want to scrub your digits to opera? POV has created the Handwashing Public Service Video Project, a series of how-to videos featuring singers from past and future productions. The series features familiar opera tunes, but with new words by Bill Richardson.

“Things are going to feel a lot more intimate, we are going to be in your homes rather than meeting you at our home at the Royal Theatre,” says Rye, adding he hopes POV can be back in the theatres for next season.

Visit pacificopera.ca often for updated information about scheduled performances, both online and live.