'The kindest option': Raccoon euthanized after being caught in illegal leg trap in Oak Bay 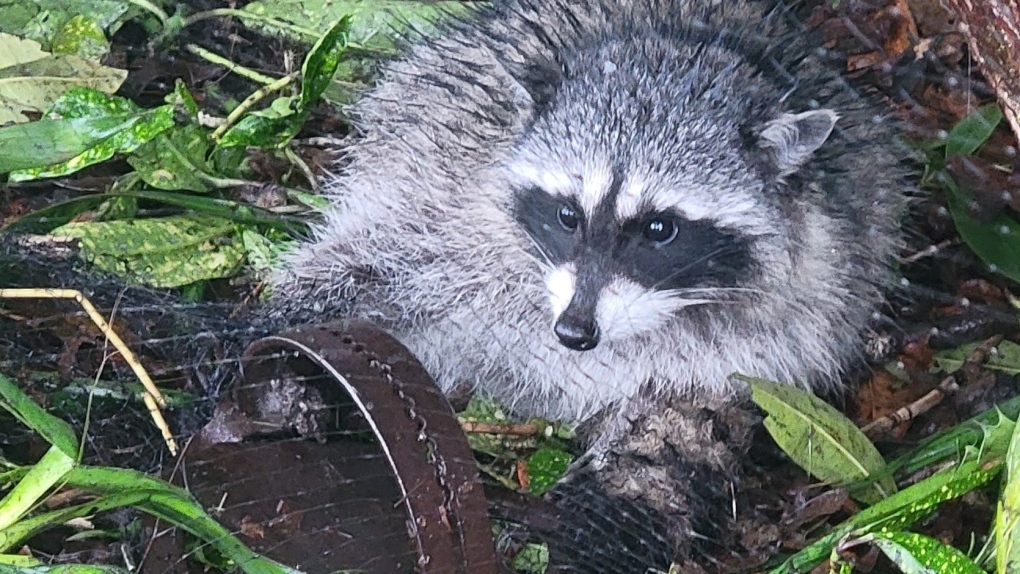 A raccoon that was discovered caught in a prohibited leg trap in Oak Bay, B.C., has been euthanized, according to the BC SPCA.

Oak Bay Police Chief Ray Bernoties said in a social media post Sunday that the raccoon was picked up by police and conservation officers after it was spotted in the trap by a community member.

The animal was then taken to the BC SPCA's Wild ARC facility in Metchosin, B.C. for care.

However, on Tuesday the animal rehabilitation centre said that the raccoon's injuries were too severe to be treated.

"This poor girl’s paw had been caught in this cruel device that she had been dragging around for at least a day or more before she was finally spotted and contained," said Wild ARC in a social media post.

"The trauma from the trap combined with self-inflicted injuries in her attempt to escape meant that humane euthanasia was the kindest option for this raccoon," said the wildlife rehab centre.

Under the B.C. Wildlife Act, people are prohibited from using foot-hold traps that "have teeth or other projections on the jaws of the traps."

According to Bernoties, the incident is under investigation by Oak Bay police. The raccoon was spotted in the trap in the 2000-block of Lansdowne Road. However, police believe the animal had been dragging the trap for some time, so it's currently unclear where the trap was originally placed.