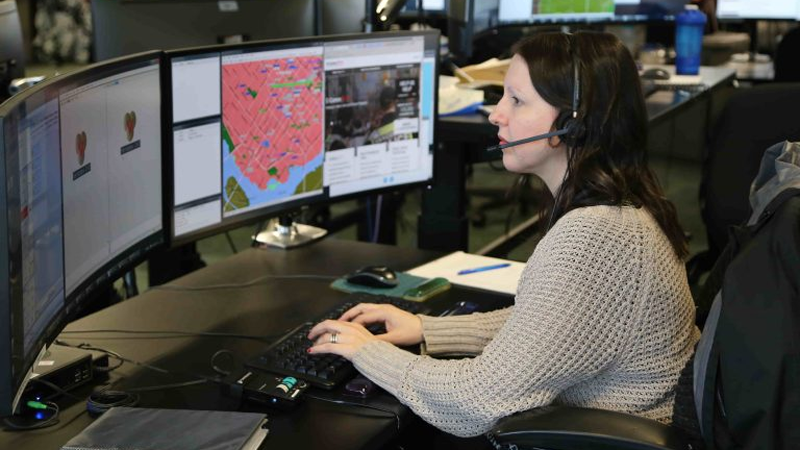 Heather Andrews, a 911 operator, is seen in an undated image provided by E-Comm.

VICTORIA -- For the past six years, E-comm has been surveying its emergency call-taking staff to record some of the most inappropriate reasons why people call 911.

The call service records these calls partly to remind British Columbians that the 911 call line is strictly reserved for emergencies, as non-emergency calls can tie up phone lines and hold up resources that may be needed in urgent situations.

This year, E-comm says that there has been a rise in callers who seem to be aware that they are not calling for an actual emergency, but for general questions.

"Sometimes, it feels like people may have forgotten that the reason to call 911 is to get help in a life or death situation," said Chelsea Brent, a call taker for E-comm.

"I take a lot of 911 calls where ‘I know this isn’t an emergency’ are the first words out of the caller’s mouth," said Brent. "But when I’m answering calls that aren’t an emergency, it means I’m not available for someone else who really does need critical help."

E-comm suggests that people looking for general information, like traffic updates or local water restrictions should direct their calls to DriveBC or their local municipality, and not 911.

After surveying all of their emergency call takers this year, E-comm has released its list of the top 10 worst reasons people called 911 in B.C. in 2019.

Some of the year's most careless calls include complaining that a "hair salon didn't style their hair property," "because a gas station wouldn't let them use the washroom," and because police were being "too loud" responding to an emergency.

"Our staff must treat each call as an emergency until they are confident there isn’t one," said Jasmine Bradley, corporate communications manager for E-Comm.

"Although these calls may seem absurd at the surface, our call-takers must take the time to investigate each one to make sure there isn’t a real emergency before directing them elsewhere," said Bradley. "That takes time away from helping those in crisis."

E-comm is the largest taker of emergency calls in B.C., handling roughly 99 per cent of all 911 calls made in the province. In 2019, E-comm staff responded to more than 1.6 million emergency calls.