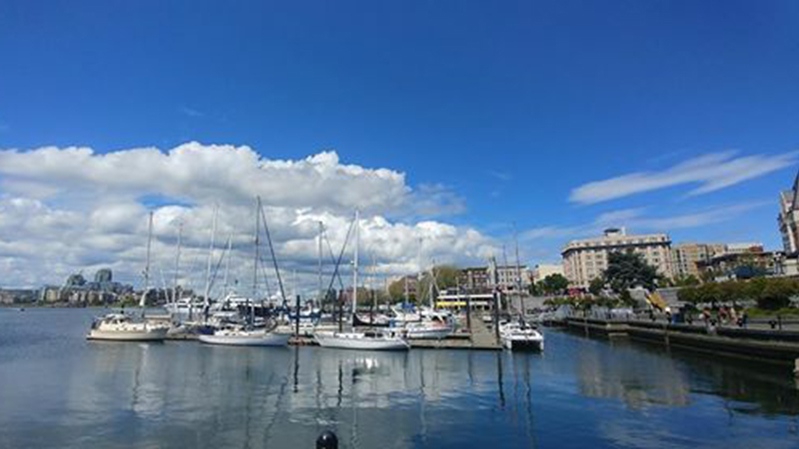 Victoria temperatures reached 25.4 degrees, according to Environment Canada – more than two degrees warmer than the previous record of 23.3 degrees set in 1968.

Nanaimo and Campbell River also broke historical records by more than two degrees, with both cities hitting highs of 27 degrees.

In all, 15 temperature records were broken in the province and Environment Canada predicts that more could fall Friday as a strong ridge of high pressure causes thermometers to soar.

The agency's long-range forecast shows that seasonable showers could return to B.C.'s South Coast next week.

It may only be May 9, but it felt more like July. Here's a summary of new daily high temperatures records set today https://t.co/jQ6QujpA1c. Warm weather continues tomorrow across the province #BCstorm