Tear it down or fix it up? School board mulls future of historic Vic High 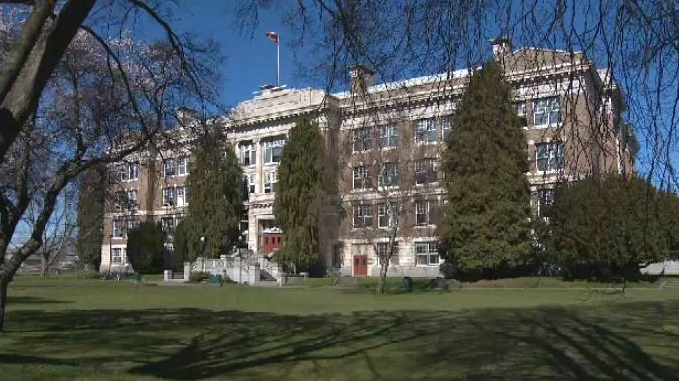 A century-old Victoria high school in dire need of seismic upgrades has the district seeking input on whether it should renovate the building – or tear it down.

At 104 years old, Vic High School is often referred to as the oldest public high school in British Columbia.

School District 61 says the historic school has an H-1 seismic ranking, putting it among B.C. schools that need seismic upgrades the most.

It's now seeking community input on how to proceed with the upgrades before it submits a plan to the education ministry for final approval.

There are three options on the table:

The district expects it will likely become a hot-button issue among parents.

"The board is anticipating a lot of interest because it's a big community project. I think it's something which influences a lot of people over the long run," said Tom Ferris, school board vice-chair.

The public can learn more about the options and provide feedback to district officials at two open houses April 7 and April 18 in Vic High's gymnasium.

An online survey asking for input will also be conducted in April.

SD61 says it will present all of the feedback to the Board of Education before it considers its options.