Once the roster is finalized after the camp, Canada will prepare for round-robin and knockout stage games as it seeks its 18th gold medal and first on home ice since 2015.

Other pre-tournament games will be played between the Czech Republic and Slovakia in Nanaimo on Dec. 19, while Kazakhstan will play Port Alberni's hometown Bulldogs in the only matchup between a national team and local club.

Switzerland is holding its pre-tournament camp from Dec. 12-22 in the Comox Valley Sports Centre as it prepares for the World Juniors.

The IIHF World Junior Championship will be held from Dec. 26 to Jan. 5 in Victoria and Vancouver. Tickets are available via Hockey Canada's website. 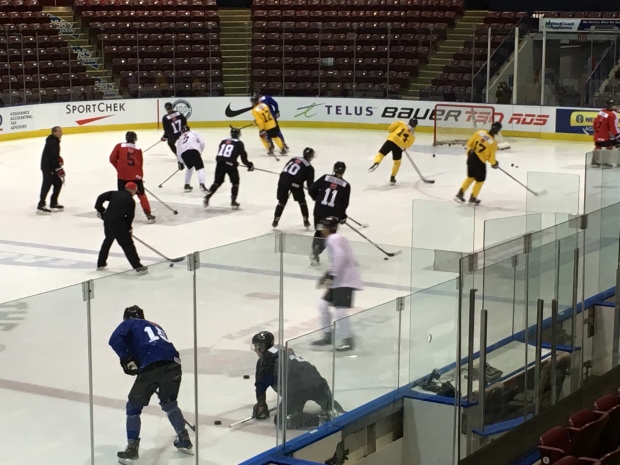