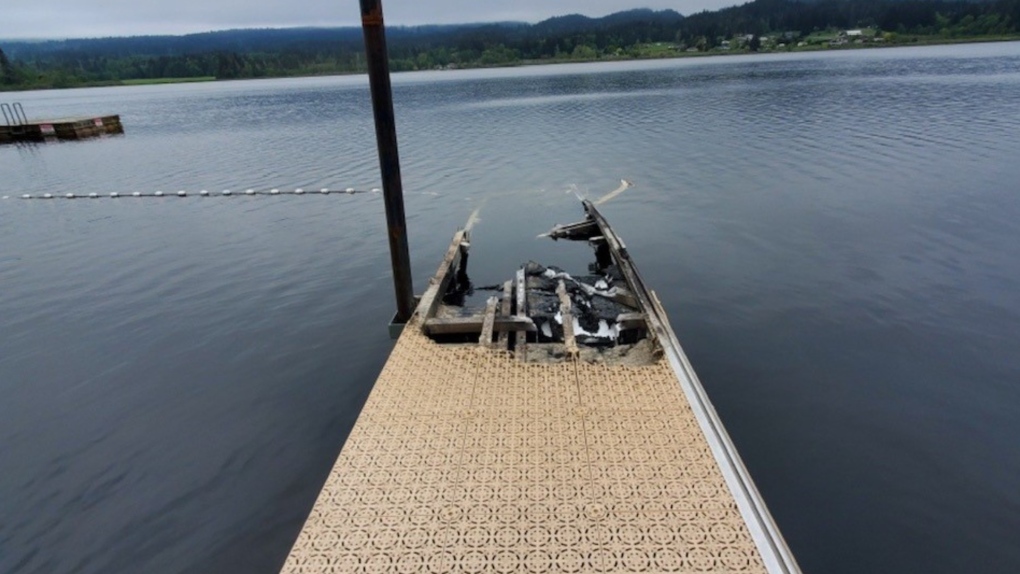 Nanaimo RCMP are on the lookout for people who may have set off fireworks that led to a fire at the Brannen Lake boat launch on Wednesday evening.

Police say they were called to a public dock in the area around 11:15 p.m. for reports of a fire.

Witnesses told police that they saw bright lights in the sky that resembled fireworks before the fire was seen at the dock about 30 minutes later.

Fire crews rushed to the scene and extinguished the blaze, though the flames still caused thousands of dollars worth of damage, according to RCMP.

Investigators say it's likely that fireworks ignited some highly flammable foam that lines the dock.

"It would be difficult to imagine that whoever set the fireworks off did not realize what they had done," said Const. Gary O'Brien of the Nanaimo RCMP.

"The person or people responsible need to do the right thing and step up and take responsibility," he said.

Anyone with information on the fire, or on whoever was setting off fireworks in the Brannen Lake area, is asked to call the Nanaimo RCMP non-emergency line at 250-754-2345 and reference file 2022-17469.

British Prime Minister Boris Johnson resigned Thursday, acknowledging that it was 'clearly the will' of his party that he should go. He stepped down immediately as leader of his Conservative Party but plans to remain as prime minister while the leadership contest is held.

Canada will keep ArriveCan for its data on COVID-19-positive travellers: sources