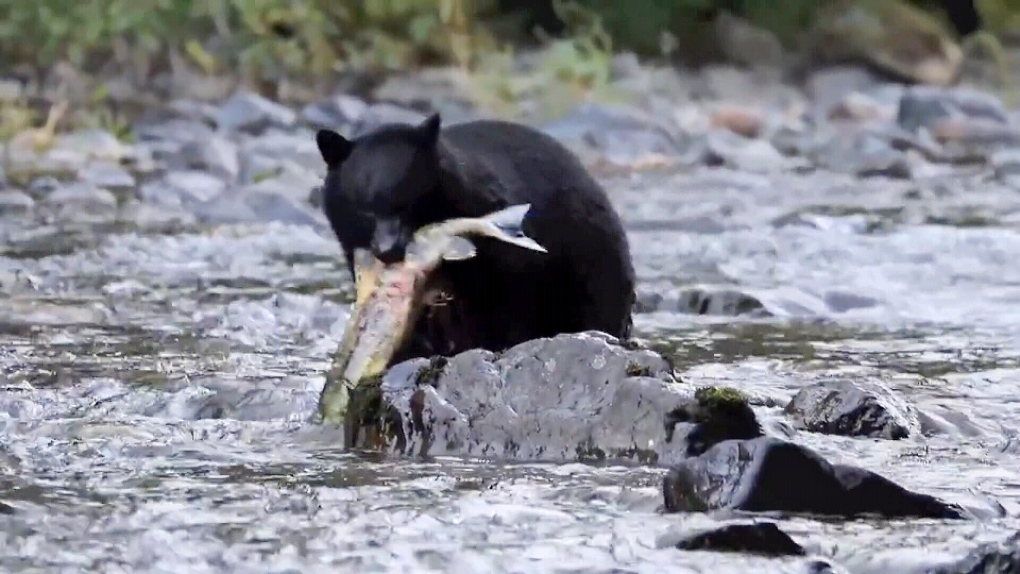 PRINCE GEORGE -- The British Columbia Conservation Officer Service says a man survived a terrifying bear attack by swimming to safety across a lake.

Sgt. Steve Ackles says it happened Wednesday at the Ferguson Lake Nature Reserve on the northeastern edge of Prince George.

The bear chased the man into the reedy, shallow waters of the lake and Ackles says it was able to get on top of him two or three times, but the man was able to free himself and keep swimming.

A woman nearby heard the man yelling and released her dog which distracted the bear, allowing the man to swim about 400 metres across the lake to the safety of a dock.

The trail around the lake was closed, traps were set and Ackles says the bear was euthanized Thursday.