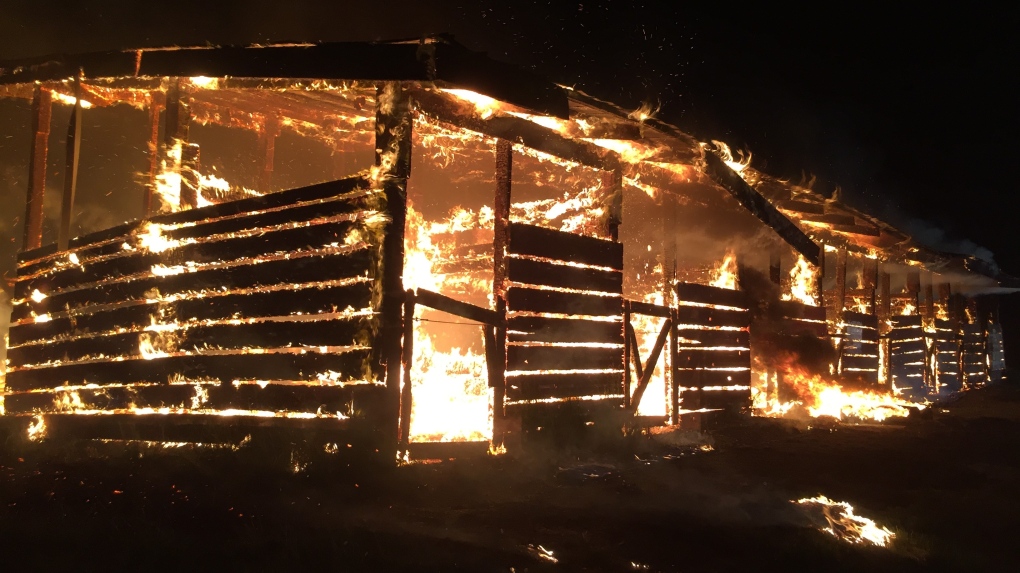 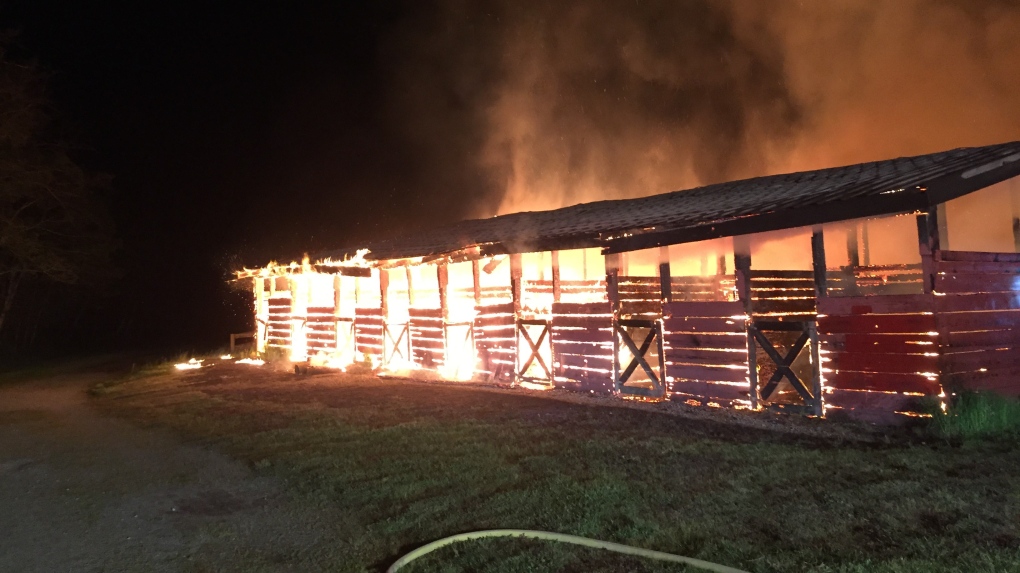 They found two of four horse barns fully engulfed and the fire was starting to spread to the other two barns.

Eleven firefighters, two engines and a ladder truck were able to prevent the fire from spreading to the other barns.

No injuries were reported and no livestock were inside the barns at the time.

The blaze has been deemed suspicious and fire investigators and the RCMP were on scene Tuesday investigating.

“Investigators are reviewing the physical evidence as well as any surveillance cameras in the area in an effort to try and determine what exactly the cause was,” says Port Alberni Fire Chief Mike Owens.

The four horse barns were built in 1992 for the B.C. Summer Games and are used throughout the year during different events, including the Alberni District Fall Fair. 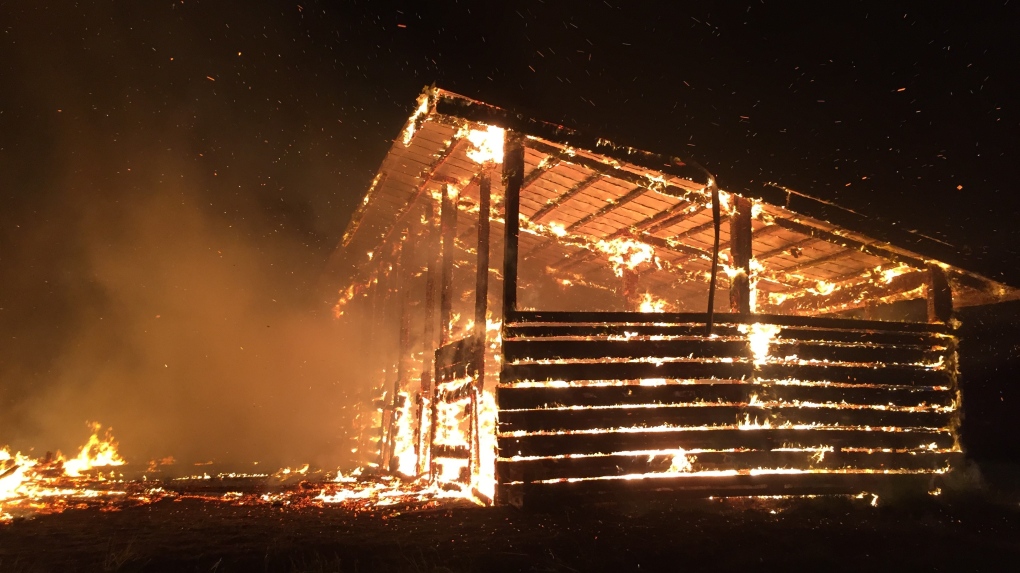 Fair president Scott Green says that this isn’t their first run-in with suspicious fires after a similar blaze in December.

“It’s kind of disheartening because a few months ago we had an office just behind this building that someone torched,” said Green, referring to one of the barns.

Green estimates the cost to rebuild will be more than $60,000 and to make matters worse, he said the barns are uninsurable because of their age.

The Alberni District Fall Fair is currently looking for volunteers to help with the cleanup. Volunteers can call 250-723-9313 if interested.