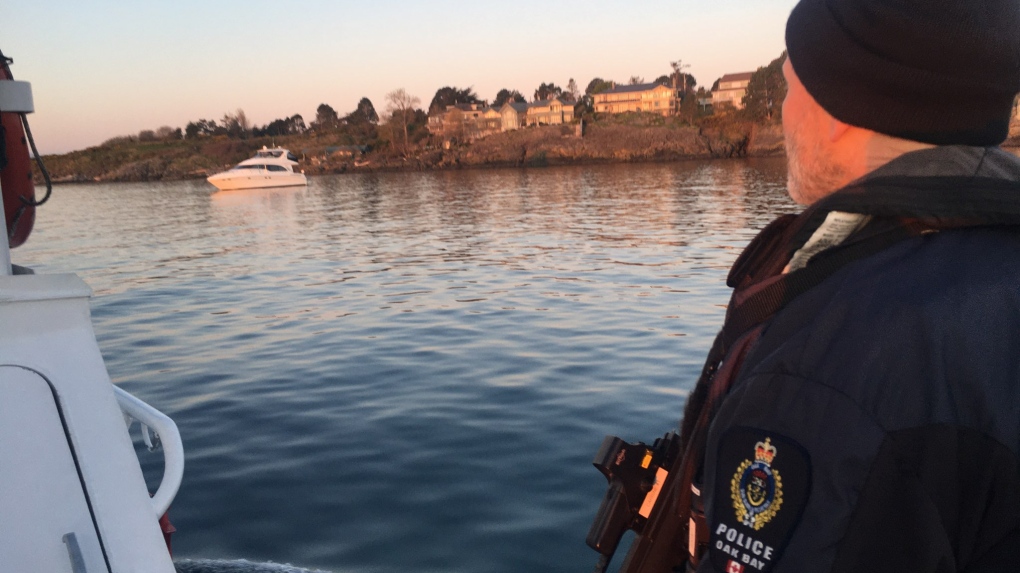 VICTORIA -- A 25-year-old man who police say claimed to have COVID-19 has been charged after a large yacht was stolen from Oak Bay this week.

Justin Lecky-Harris appeared in a Victoria court Tuesday on charges of theft over $5,000, mischief to property over $5,00 and possession of stolen property.

Oak Bay police were called Monday to a report of a 54' yacht being stolen from the Oak Bay Marina around 3:30 a.m.

Police believe that a man used a canoe to row over to the anchored vessel before boarding it. Officers say that the boat's keys may have been on board at the time, allowing the man to drive the yacht out of the harbour.

Police called the Canadian Coast Guard to get a ride to the stolen vessel which was in the waters off the Oak Bay Beach Hotel.

Oak Bay police then boarded the vessel and arrested the man, who told officers he was suffering from COVID-19. Police say that the man was taken to hospital for assessment and is not believed to have the virus.

Lecky-Harris remains in police custody. His next court appearance is scheduled for Friday, April 17.