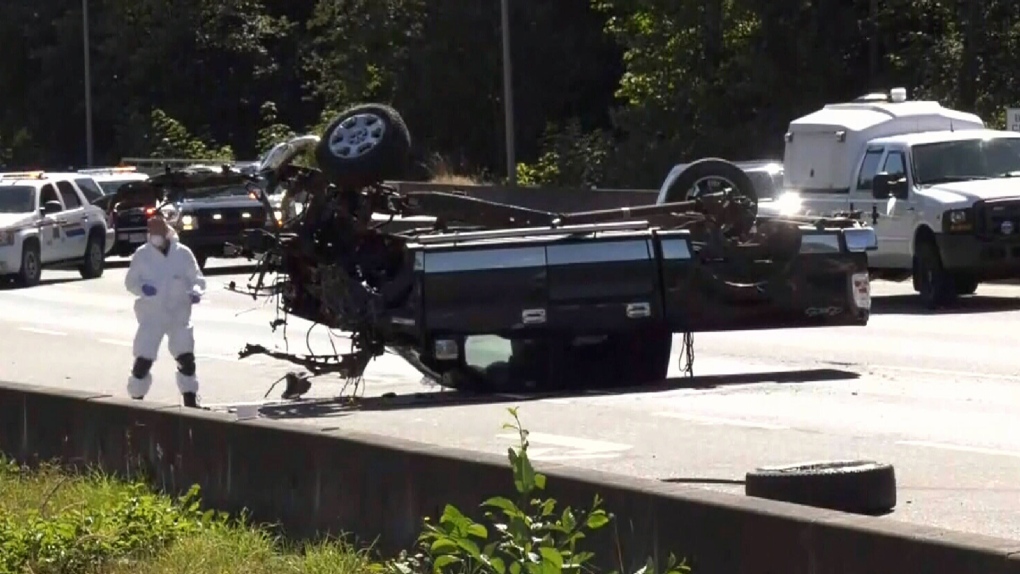 VICTORIA -- A man who has been identified as a suspect in a hit-and-run crash that took the life of one woman and injured others remains at large, according to the RCMP.

Despite the man telling police that he planned to turn himself in on Monday, Mounties say that the man has not been located.

RCMP spokesperson Cpl. Mike Halskov tells CTV News that police are urging the man to surrender himself to the nearest RCMP detachment.

In the meantime, investigators are continuing to search for him while interviewing witnesses and gathering evidence.

“In addition, police are utilizing all legal means at their disposal to locate the suspect driver, take him into custody and bring him to justice as soon as possible,” said Halskov in a statement Tuesday.

The fatal crash occurred on Saturday morning on the Trans-Canada Highway near Ladysmith.

Police say a Ford F150 pickup truck crossed the highway median and collided with an SUV.

The driver of the SUV, 35-year-old Katie Blogg, was pronounced dead at the scene. A GoFundMe campaign has since been created to support her husband and two children.

After the crash occurred, police say the driver of the F150 fled the scene on foot before stealing another vehicle to leave the area.

Police located the stolen vehicle Sunday, but the man remains at large.

At the time of the crash, paramedics treated four people, two of whom were taken to hospital.

Mounties say that the driver of the F150 may have told other people about his connection to the crash. Anyone with information on the man is asked to contact their local police department or call Crime Stoppers anonymously at 1-800-222-8477.