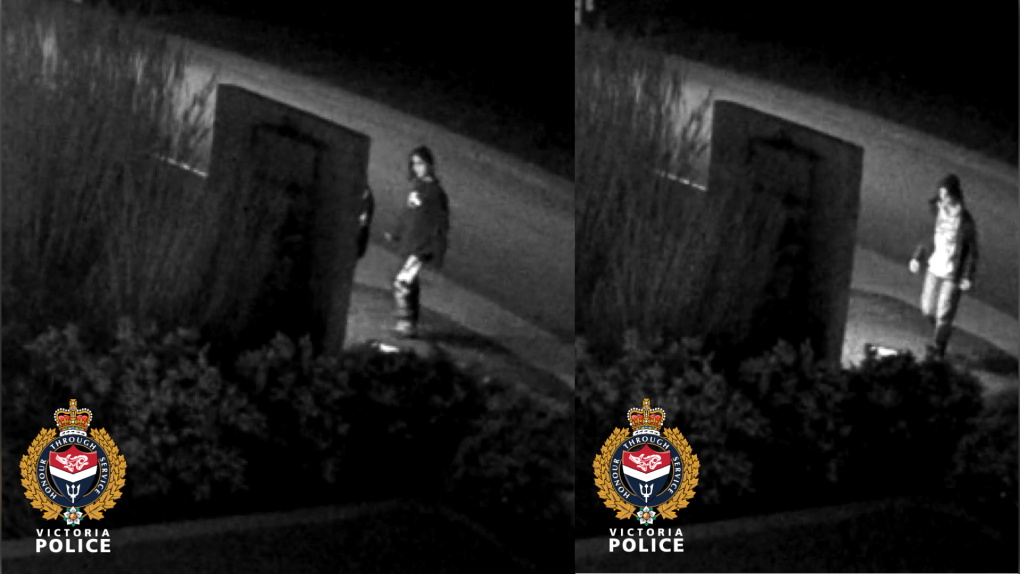 VANCOUVER -- Police in Victoria say they have identified one of the two suspects caught on camera writing anti-Semitic graffiti at a Jewish community centre Tuesday night.

The incident occurred at the Chabad Centre for Jewish Life and Learning on Glasgow Street and the hateful graffiti was quickly removed, police said in a news release Thursday.

Investigators released photos of the two suspects with their initial statement on the incident. On Friday, they said in another news release that one of the suspects "has come forward and been identified."

Police did not share the suspect's identity Friday, nor did they say the person had been arrested or charged.