Victoria police have arrested one person and are still investigating three suspicious fires that burned in the downtown core early Friday morning.

One fire occurred outside the Bay Centre at the corner of Broad Street and View Street, damaging some of the exterior of the building. Patrol officers were called to the scene at approximately 3:40 a.m. and doused the flames with fire extinguishers.

Police say one person was arrested a short time later and is being held in custody pending a court appearance.

Another fire burned in a garbage can in the 500-block of Yates Street around 3:55 a.m. Patrol officers responded to an alleyway where a resident was already working to extinguish the flames before firefighters arrived.

Both of the fires are being investigated as arsons, police said.

A small fire in the 1000-block of Balmoral Road, near Cook Street, was reported around 2 a.m. The fire was found in a hedge and quickly doused by firefighters without significant damage, police said.

The cause of the fire is still under investigation and police have yet to determine whether any of the fires are connected.

Exactly one week earlier, on the evening of June 16, police were called to two suspicious fires in the James Bay area.

Both of those fires are being investigated as arson, including one fire that damaged and destroyed six parked vehicles, as well as a carport. 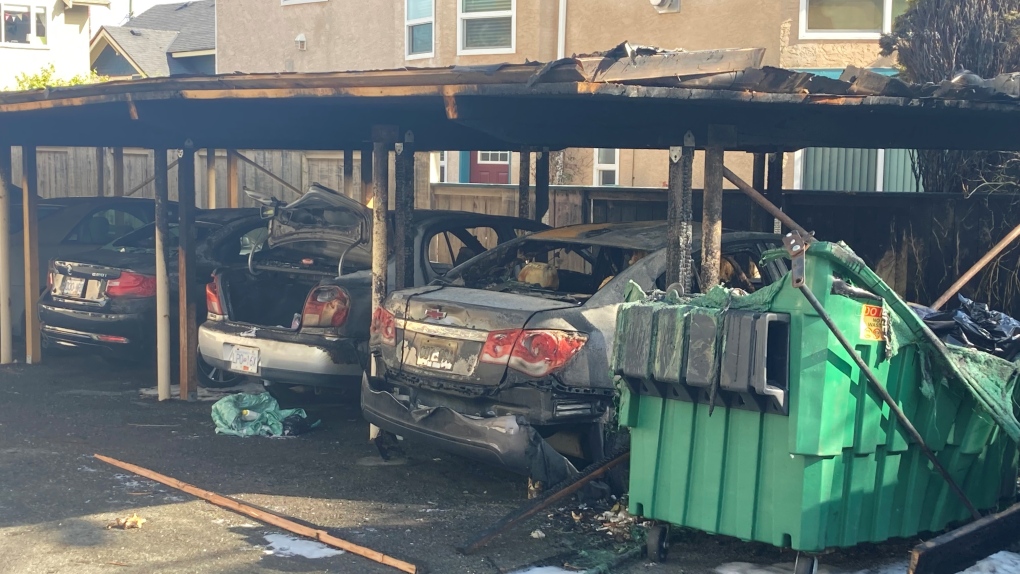 The damaged vehicles and carport are pictured on June 17, 2022. (CTV News)

COVID-19 hospitalizations due to Omicron are vastly underreported: grassroots organization

Analysis by a grassroots organization of scientists reveals hospitalizations from the Omicron variant of the virus that causes COVID-19 could be 70 per cent higher than what has been reported since December.

As home prices drop, here's what you can get in Canada's most affordable markets

CTVNews.ca has compiled a list of homes in some of the most affordable regions across Canada, as many real estate markets see drops in average prices.