Suspect arrested after alleged robbery of elderly woman in Victoria 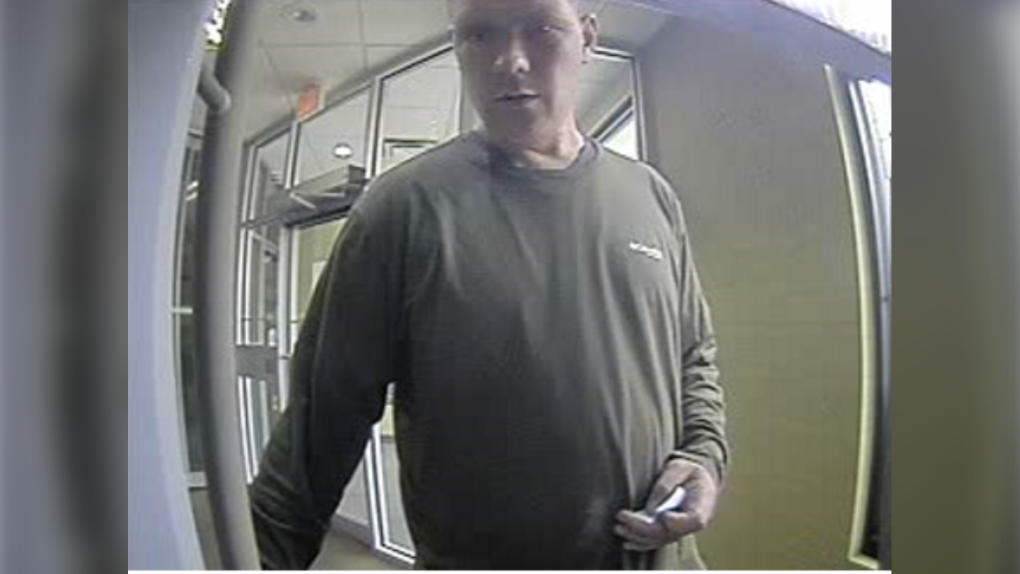 Victoria police are searching for this man in connection to a violent robbery of an elderly woman Sunday: (Victoria Police)

Victoria police have arrested a man after an elderly woman was allegedly attacked and robbed at an ATM Sunday.

Police first released images of the suspect on Tuesday. By Wednesday evening, tips from the community helped officers identify the man.

VicPD says the man was taken into custody without incident late Wednesday evening and is currently being held in police custody until a court appearance later Thursday.

While a suspect is in custody, police say they are still asking for anyone who witnessed the event or who may have information on the man to come forward.

Victoria police are investigating after an elderly woman was allegedly pushed from behind and robbed at an ATM Sunday.

Police say they were called to an ATM in the 100-block of Wilson Street at roughly 3:20 p.m. for reports of the robbery.

The victim, 70, told officers that a man approached her from behind while she was withdrawing money at the ATM. She was then pushed over and had her money stolen, before the man fled the area.

The woman then went to a local business to call police and was looked after by store staff until officers arrived.

The victim told police that she was not physically injured in the incident.

Police are now searching for the man, who is described as a white male in his 30s who stands approximately 6’ with a stocky build. He has short, stubble-length brown hair and was wearing a long-sleeve green shirt, blue jeans and white sneakers at the time.