Sunken barge off Port McNeill to remain until February 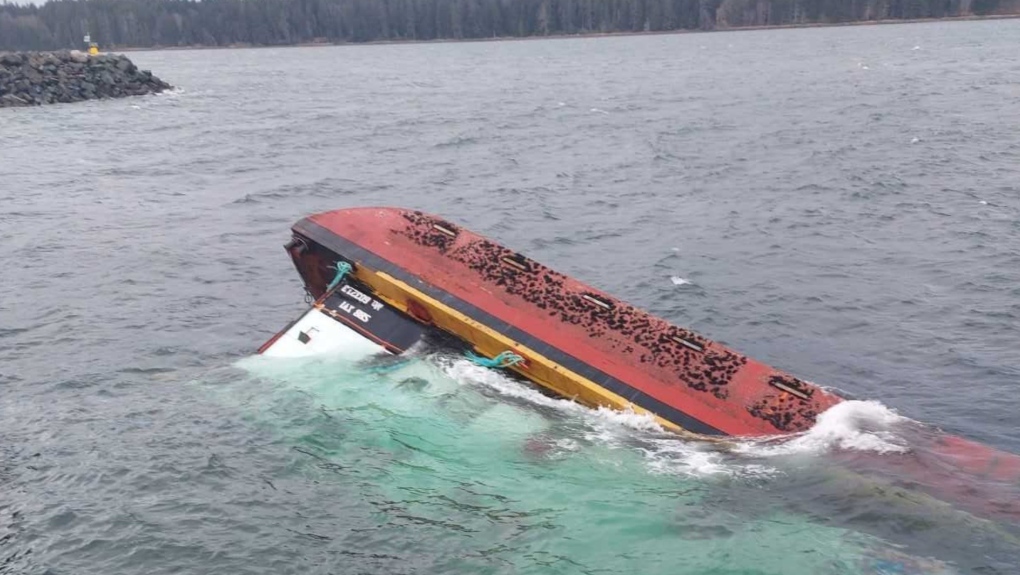 The Alaska Plaza was docked at the Port McNeill Marina when it ran into difficulties on Dec. 24. (B.C. Ministry of Environment)

COURTENAY, B.C. -- A 25-metre barge that sank near the Port McNeill ferry dock last month will likely remain where it rests until early February.

The Alaska Plaza was docked at the Port McNeill marina when it ran into difficulties on Dec. 24. The vessel sank, causing the nearby 15-metre Sea Lander barge to break free of its moorings and float into the harbour's breakwater.

Salvage crews arrived on the scene in early January and raised the Plaza on Jan. 10. But according to Emergency Management BC, the barge lost stability and capsized a second time.

While some contaminants were released from the barge, there are currently no emergent environmental issues, according to Rebecca Adams, the marina's interim harbour manager.

"It's been downgraded by Environment Canada to just going into a recovery phase so it's no longer in the emergency phase," she says.

Adams says the barges arrived in Port McNeill on Dec. 22 and are owned by the Croman Corporation out of White City, Ore. The company is listed online as a helicopter logging operation.

Mitch Hanan, Croman's chief financial officer, confirmed the barges belonged to the company, which is still looking into what caused the indident.

"It has yet to be determined what the cause was,” Hanan says. “We did try to lift it last weekend, unsuccessfully, and the intent is to be back around Feb. 4 to do it again.”

Hanan said more equipment is required to complete the job. 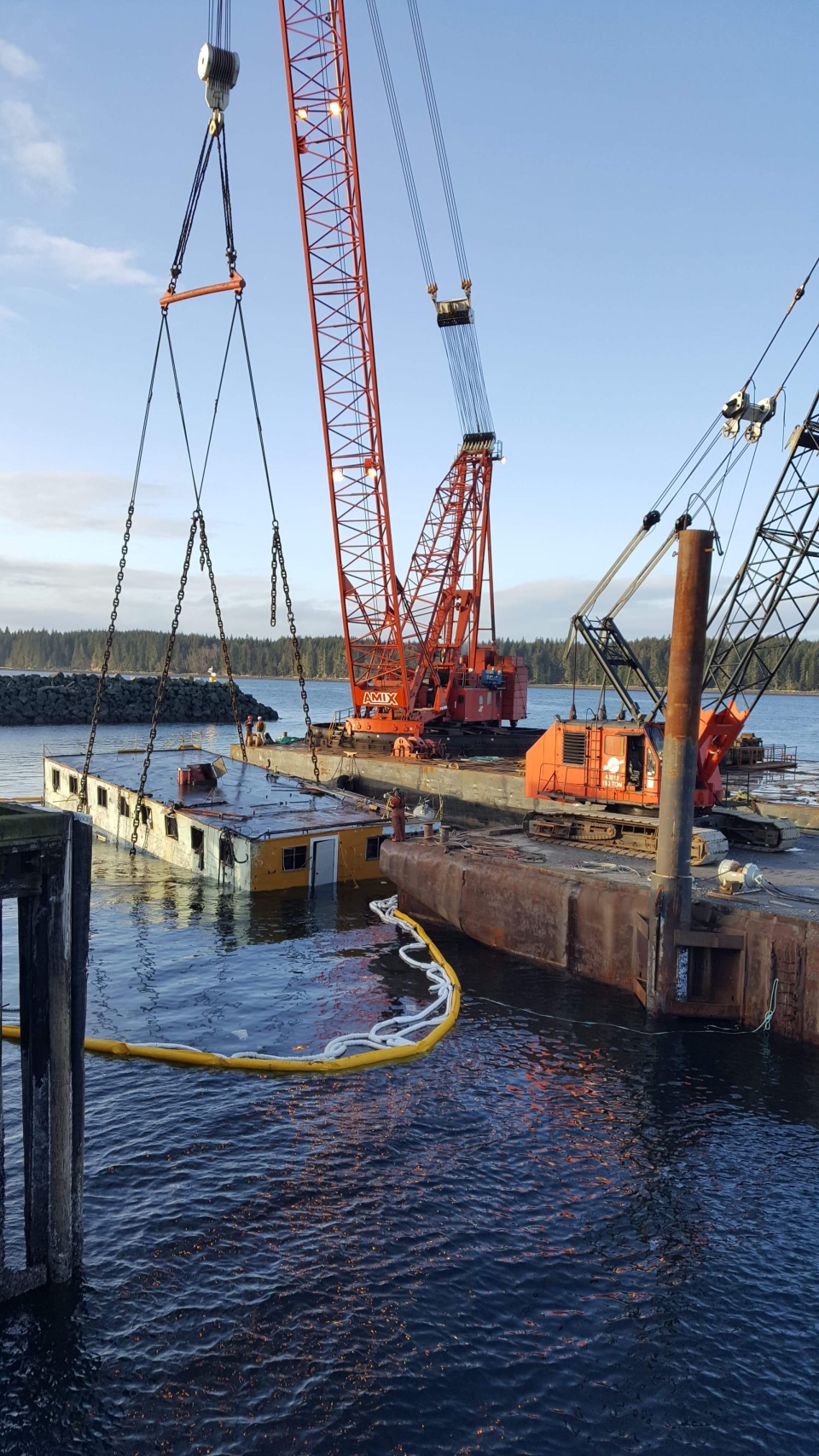 B.C.'s Environmental Emergency Program confirmed the company is responsible for any expenses related to the incident.

"As far as I have been informed, Croman Corporation has been taking responsibility for everything and they have been providing financial assistance,” Adams says. “Their insurance company has been working towards solutions for everything that's happened.”

The marina’s interim manager says it not clear where the barges were headed when they docked in Port McNeill.

"They had been denied access from Western (Forest) Products to use their docks,” Adams says. “They had actually asked for permission there first and then they just tied up to our docks. They didn't ask permission, they just did it," she says.

Adams says crews have been able to collect and dispose of all of the contaminated absorbent booms that were being used to contain anything leaking from the barges as well as a variety of contaminated products that were in the area.

Adams says the Sea Lander was removed on the morning of Dec. 29 and Western Canada Marine Response vessels are ready to redeploy should any further problems arise.