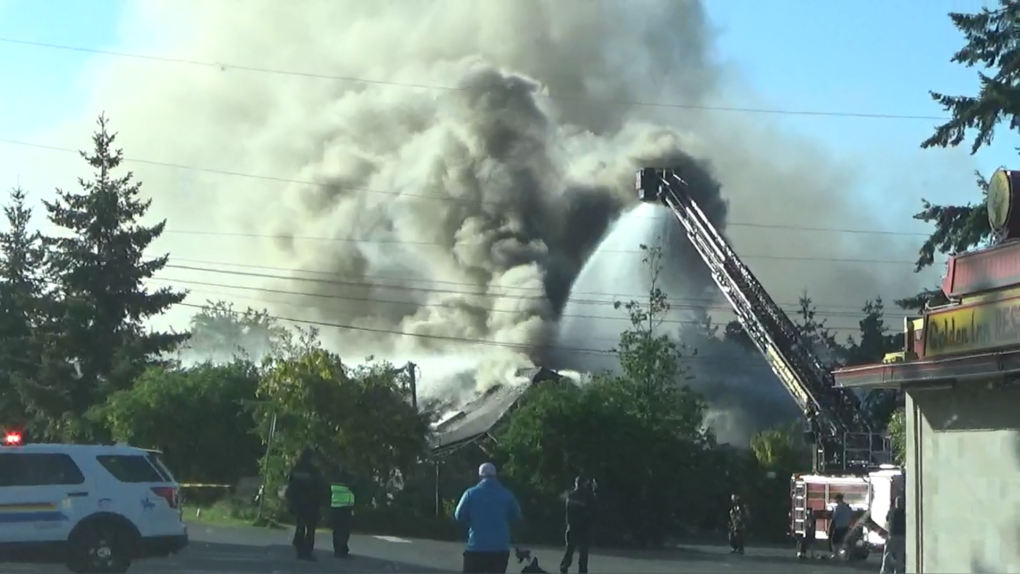 Crews were called to the scene near the intersection of 104th Street and Victoria Avenue in Nanaimo around 7:30 a.m. on Sunday. (Stephen R. Miller)

Crews were called to the scene near the intersection of 104th Street and Victoria Avenue around 7:30 a.m., according to Nanaimo Fire Rescue Department deputy chief Geoff Whiting.

When firefighters arrived, they found the building "fully involved," with smoke and flame visible from the outside, Whiting said.

It took 16 firefighters from four different stations several hours to put out the blaze and all of its hotspots. Whiting said crews were still at the scene when he spoke with CTV News at noon, but that they were wrapping up.

No one was inside the building when the fire broke out, and no one was injured in the incident, according to Whiting.

The cause of the fire was unknown Sunday afternoon. Investigators will be sent to the scene to determine the cause Monday morning, Whiting said.