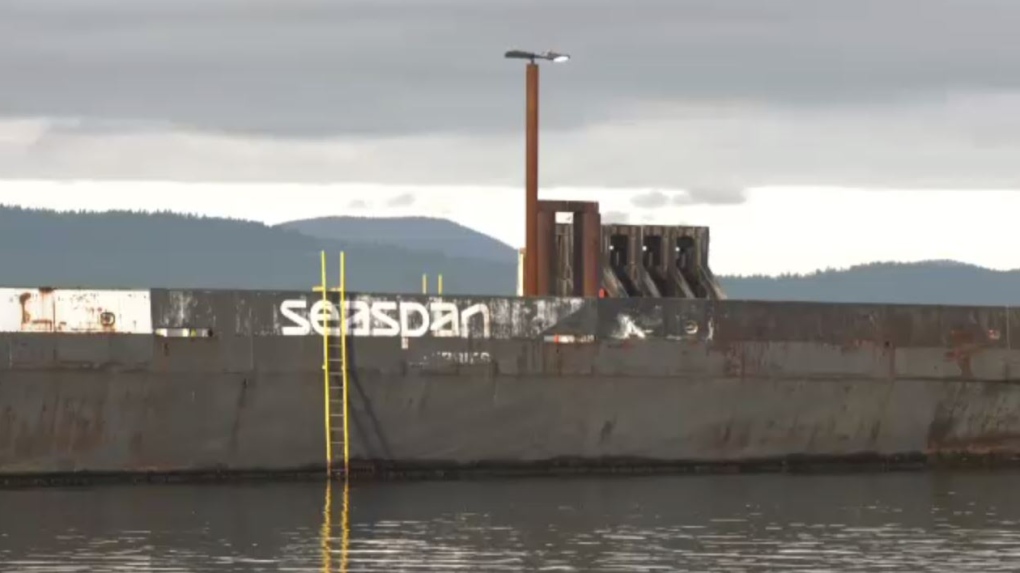 A Seaspan vessel is pictured in the waters off Victoria. (CTV)

A company that ships goods between Vancouver Island and the mainland says a strike by its workers has been averted at the last minute.

Seaspan Marine Transportation says it has reached a tentative agreement with the Canadian Merchant Services Guild, which represents its employees. The union had been prepared to walk off the job at 3 p.m. Friday, after giving a 72-hour strike notice on Tuesday.

In a statement, Seaspan Marine said the new collective agreement still requires ratification from union membership, but it expects service to continue at its Seaspan Ferries Corporation subsidiary through the weekend.

"SFC expects to be fully operational and back on their full sailing schedule by Monday, Jan. 24," the company said in its statement.

"SFC would like to thank their customers and all affected parties for their understanding and patience over the past 3 days leading up to a potential strike."